BANGKOK (April 16, 2018) – The International World Games Association (IWGA) today announced the official sports programme for The World Games 2021 Birmingham. A total of 30 official sports, featuring 3,600 athletes from more than 100 countries, will compete for gold in Birmingham, Alabama, between July 15-25, 2021.

“This is a big day for The World Games, and for Birmingham,” said DJ Mackovets, CEO of The World Games 2021 Birmingham. “We’re excited to bring these sports – some of which likely will be new and unique to sports fans – to our city. But more importantly, we’re thrilled about Birmingham’s opportunity to shine on an international stage.”

“This is an exciting time as we learn more about the sports that will be part of The World Games Birmingham 2021. They are a combination of familiar sports and a few lesser-known ones that many people will come to love,” said Birmingham Mayor Randall L. Woodfin. “As we prepare to host the world in 2021, we also have a great opportunity to learn more about the incredible athletes and competition heading to our city. We’ll be ready.”

The World Games 2021 Birmingham will celebrate the return of two sports to competition, including racquetball (last played in 2013) and softball (last played in 1985). Several of the 30 sports selected, including bowling, finswimming, gymnastics, karate, powerlifting, racquetball, roller sports, softball, tug of war and water ski, were also on the official programme of the first World Games – and the only other Games to be held in the United States – in Santa Clara, California, in 1981.

The full list of official sports at The World Games 2021 Birmingham includes:

“I’m sure this programme will be attractive for spectators, both on site and on screen,” said International World Games CEO Joachim Gossow. “It strikes a good balance between team and individual sports, and demands widely varying skills, such as strength, precision, control, artistry, endurance, courage and agility. We took account of all the reports on last year’s Wroclaw Games and the performance of our various federations. Now we just have to fine tune the specific events in association with our federations. We’re all set for great Games in Birmingham 2021.”

The 2021 edition of The World Games will mark the 40th anniversary of the Games, and the first time the event has returned to the United States since 1981. The event, which also features the traditional pageantry of an Opening Ceremony and concludes with a Closing Ceremony celebration, is projected to generate $256 million in economic impact on the city of Birmingham over the course of 11 days.

ABOUT THE WORLD GAMES 2021 BIRMINGHAM
In 2021, Birmingham, Alabama, will serve as host city for The World Games, an international, multi-disciplinary sport event held every four years in the year following each Olympic Summer Games. Established by the International World Games Association, an organization recognized by the International Olympic Committee, The World Games are staged over 11 days and include 30 non-Olympic sports featuring 3,600 athletes from more than 100 countries. The World Games 2021 Birmingham marks the 40th anniversary of the event and will take place from July 15-25, 2021. For more information, visit www.theworldgames2021.com or find us on Facebook, Instagram or Twitter. 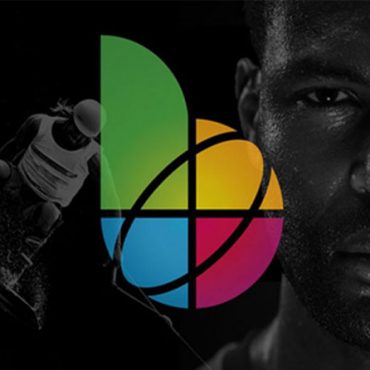 June 07, 2016 The World Games is an athletic event of global proportions. For the most recent chapter in their 35-year history, nearly 3000 athletes from more than 100 countries gathered [...]