Fleur Hoek (22) is a rising Korfball star from the Netherlands. In the Dutch Korfball League final in April, she scored almost a third of the goals for her team (Fortuna/Delta Logistiek) when the team won the final and qualified for the IKF Europa Cup 2020.

Despite Hoek’s young age, she has already proven to be very important for both the national team and her club team. With the Dutch national team she has won the last edition of the IKF European Korfball Championship in October 2018. Furthermore, in 2016 she became the U23 World Korfball Champion, scoring a total of 14 goals.

Fleur Hoek is now preparing for the IKF World Korfball Championship 2019, to be held in Durban, South Africa in August. During this event, she will not only compete for the title but will also try to qualify with her team for The World Games 2021 in Birmingham.

Internationally, Fleur Hoek is involved in various projects coordinated by the Dutch national federation to develop Korfball worldwide. The Dutch team is, for example, involved in a project with England, Germany, Czech Republic, Portugal, Catalonia, China and Chinese Taipei, in which the partners organise various tournaments and structural support. In preparation towards the IKF World Korfball Championship, the team will travel to China to play a friendly tournament and exchange Korfball knowledge. Exchanges like this give talented players the opportunity to get connected to the Dutch national competition structure and play in The Netherlands. Last season, players from England, Catalonia, Chinese Taipei and China played in the Dutch Korfball League. This hopefully will result in increased levels of play worldwide, developments that can be showcased in international competitions such as The World Games.

Overall, the Korfball world can expect great things from this talented young player in the years to come. Since the likelihood of the Dutch team qualifying for The World Games 2021 is very high, we can look forward to seeing this exciting player dominating the playing field in Birmingham in two years’ time! 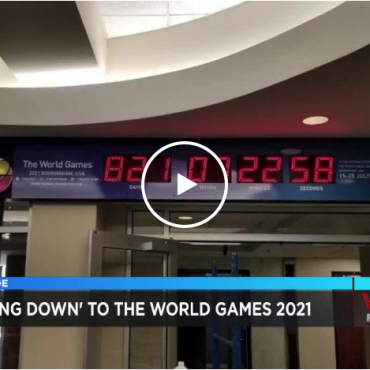