Athlete of the Month: February 2019

Nicol David announced earlier in February that she is bringing to a close her illustrious playing career in Squash. Since making her debut on the international stage in 1996 when she won the British Junior U14 Open title as a 12-year-old, David has blazed a phenomenal trail through the sport, creating record after record. Now 35, David became the first player to win two world junior titles in 2001 before going on to accumulate a record eight senior individual world titles amongst a total of 81 PSA World Tour titles from 102 final appearances.

Protective Life Corporation provides financial services through the production, distribution and administration of insurance and investment products throughout the U.S. The company traces its roots to the corporation’s flagship company, Protective Life Insurance Company – founded in 1907. Throughout its more than 110-year history, Protective’s growth and success can be largely attributed to its ongoing commitment to serving people and doing the right thing – for its employees, distributors, and most importantly, its customers. The company’s home office is located in Birmingham, Alabama, and its nearly 3,000 employees are located in offices across the United States. As of September 30, 2018, the Company had assets of approximately $91.8 billion. Protective Life Corporation is a wholly owned subsidiary of Dai-ichi Life Holdings, Inc.. For more information about Protective, please visit www.Protective.com. 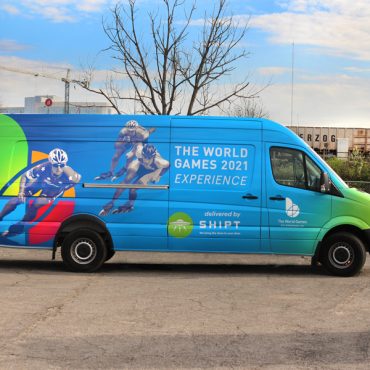 The World Games 2021 Partners with Shipt to Deliver Mobile Experience