Athlete of the Month: January 2019

Austin Staats is a rising star in both international and professional lacrosse. He is playing his first season of professional lacrosse for the San Diego Seals in the National Lacrosse League (NLL). In his rookie season, Staats is tied for the league lead in goals scored, with 18 goals in 6 games. Last year, at the FIL World Championships, Staats scored 16 goals in helping Iroquois national team secure the bronze medal. He was named in the All-World Team at the tournament.

In January, Staats registered 7 points (3 goals, 4 assists) in San Diego’s 15-9 victory over Calgary, and he scored 2 goals in San Diego’s 11-10 win over Vancouver. He has helped lead San Diego to a 4-2-0 overall record in the team’s inaugural season, and the Seals are currently in second place in the West Division of the NLL.

“We would like to thank The World Games for recognizing the dedication, talent and accomplishments of one of the rising stars in men’s lacrosse, Austin Staats,” said Federation of International Lacrosse President Sue Redfern. “Equally, we extend our congratulations to Austin, his teammates and coaches with both the Iroquois Nationals and San Diego Seals. Austin’s performance in the 2018 FIL World Championship was a preview of the success he is now enjoying in his first season in the National Lacrosse League. For our sport to have an athlete recognized by The World Games is yet another important step in our ongoing efforts to expand awareness and participation in lacrosse worldwide.”

Austin Staats was the first player selected in the 2018 NLL Entry Draft.

“Austin is off to a great start. He has bought in to the culture and has learnt a lot from the veterans around him. We knew when we drafted him in how NLL-ready he was, and now he’s proving it to the rest of the league. He’s a fierce competitor and a good team-mate. We rely on him to be a difference-maker every week, even though he’s a young player, and he’s risen to that challenge so far,” said San Diego Seals’ General Manager and Head Coach Patrick Merrill.

Protective Life Corporation provides financial services through the production, distribution and administration of insurance and investment products throughout the U.S. The company traces its roots to the corporation’s flagship company, Protective Life Insurance Company – founded in 1907. Throughout its more than 110-year history, Protective’s growth and success can be largely attributed to its ongoing commitment to serving people and doing the right thing – for its employees, distributors, and most importantly, its customers. The company’s home office is located in Birmingham, Alabama, and its nearly 3,000 employees are located in offices across the United States. As of September 30, 2018, the Company had assets of approximately $91.8 billion. Protective Life Corporation is a wholly owned subsidiary of Dai-ichi Life Holdings, Inc.. For more information about Protective, please visit www.Protective.com.

In a result which underlines the ever-increasing global profile and popularity of Acrobatic Gymnastics, two-time mixed pair world champions Marina Chernova and Georgii Pataraia have won a tightly contested public [...] 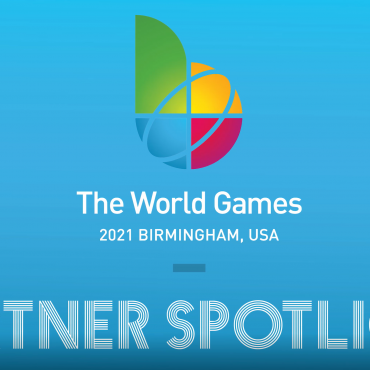