The Muaythai qualifications began this year at the Arafura Games in Australia, where Igor Liubchenko became the first athlete in IFMA history to qualify for two consecutive editions of The World Games by winning all his bouts. He is also reigning World Champion – he dominated the IFMA World Championship 2018 in Cancun, Mexico by again winning all of his bouts.

In addition to his athletic achievements, Liubchenko is also involved as a coach, sharing his vast experience with young athletes. He has been coaching the Ukrainian youth national team at several Youth World Championships.

In 2015 he was given the Triumph of the Year award by the Ukrainian National Olympic Committee as the most outstanding sportsman, and in 2017 he was given one of the highest governmental awards, Order of Merit of III degree, by the Mayor of the city Odessa, Gennady Trukhanov. Trukhanov is also the President of the European Muaythai Federation. 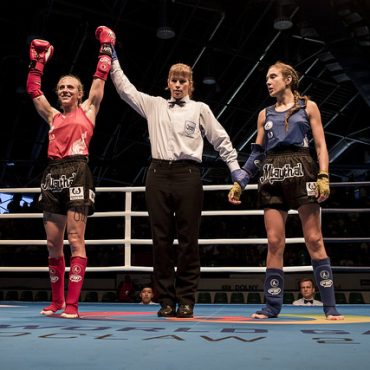 FIRST QUALIFIERS FOR THE WORLD GAMES 2021

As the countdown continues to The World Games 2021 Birmingham, the first group of competitors for The Games has qualified! Read the full story from the International World Games Association. [...]