Athlete of the Month: November 2019

Canada’s Rhaea Stinn (31) is an experienced powerlifter who started her competition career in 2003. This month she enjoyed a convincing win in the IPF Open World Championships in the Women’s 84 kg class in Dubai. Moreover, she currently holds World Records in both the 72 kg and 84 kg weight classes in the Equipped Open division. More than deservedly, she is our Athlete of November!

Protective Life Corporation provides financial services through the production, distribution and administration of insurance and investment products throughout the U.S. The company traces its roots to the corporation’s flagship company, Protective Life Insurance Company – founded in 1907. Throughout its more than 110-year history, Protective’s growth and success can be largely attributed to its ongoing commitment to serving people and doing the right thing – for its employees, distributors, and most importantly, its customers. The company’s home office is located in Birmingham, Alabama, and its 3,000 employees are located in offices across the United States. As of December 31 2018, the Company had assets of approximately $90 billion. Protective Life Corporation is a wholly owned subsidiary of Dai-ichi Life Holdings, Inc. (TSE:8750). For more information about Protective, please visit www.Protective.com. 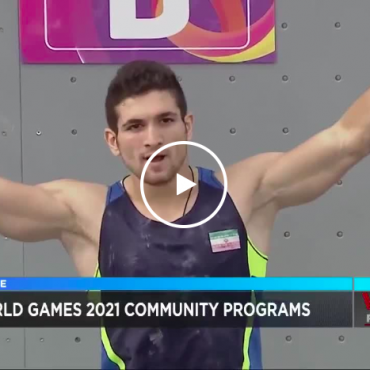 The World Games 2021 Birmingham’s new Vice President of Community Engagement visits WBRC on FOX6 to discuss the some of the upcoming community programs.