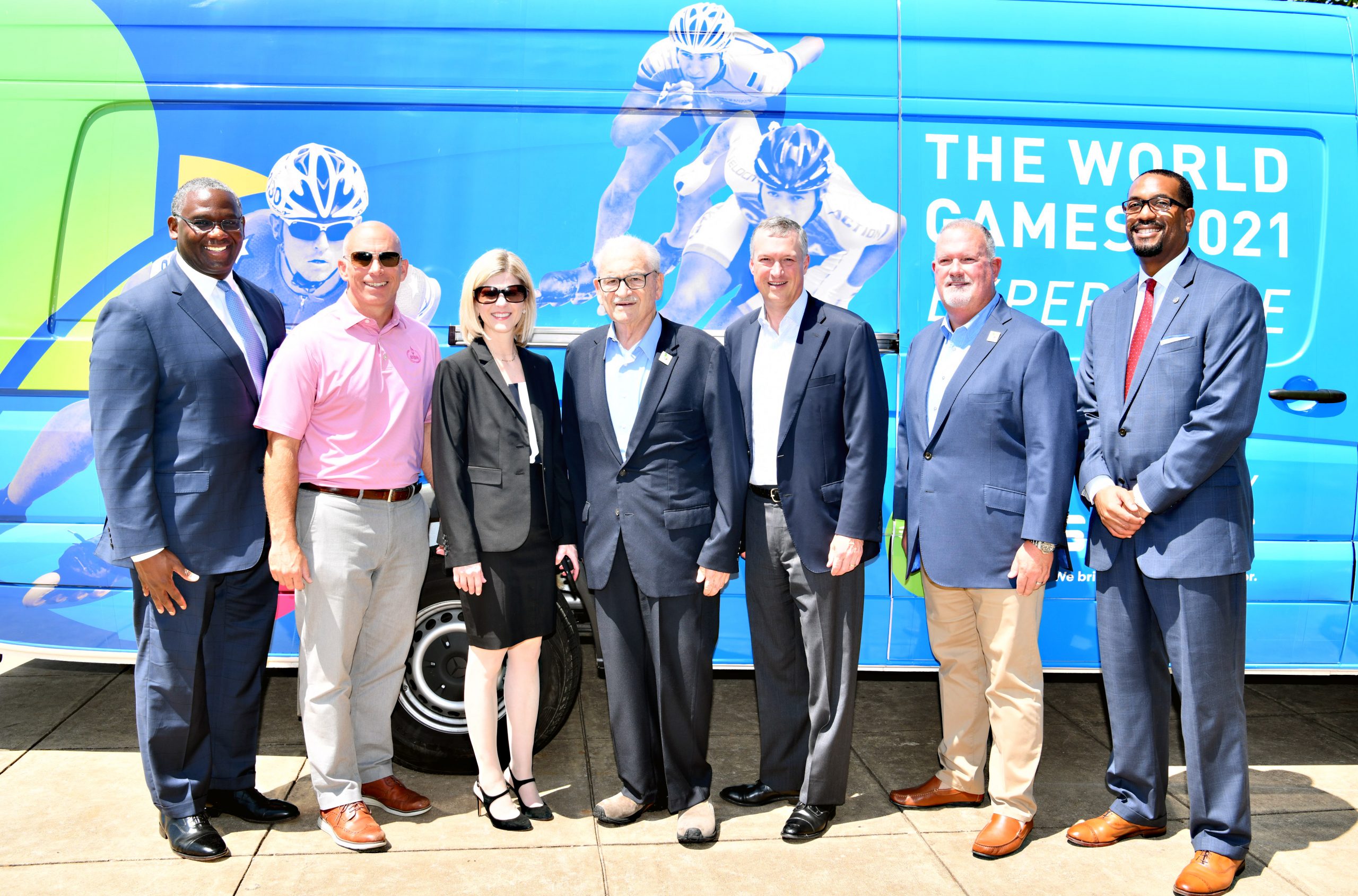 BIRMINGHAM, Ala. – At a press conference celebrating the two-year countdown to The World Games 2021, the Birmingham Organizing Committee today announced that Blue Cross and Blue Shield of Alabama will support the event as a Foundation Partner, while Vulcan will serve as the official mascot of The Games.

Speakers at the event, which was held at Vulcan Park & Museum, included DJ Mackovets, CEO of the Birmingham Organizing Committee; Tim Vines, President and CEO, Blue Cross and Blue Shield of Alabama; and Jason Eppenger, Member of Vulcan Park & Museum’s Board of Directors.

“Blue Cross and Blue Shield of Alabama is a leader in the Birmingham business community,” said DJ Mackovets, CEO of the Birmingham Organizing Committee. “To welcome them to our team as a Foundation Partner is exciting, and we look forward to working together to positively impact our community over the next two years.”

Blue Cross and Blue Shield of Alabama’s partnership will include title sponsorship of The World Games 2021’s education program, “Live Healthy, Play Global.” This initiative, which was developed by a steering committee of educators and community partners, will be test-launched in Birmingham City Schools during the 2019-2020 academic year and will later be rolled out to include a wide range of schools across the state.

The goal of the Live Healthy, Play Global program is to support a physically active and globally minded Birmingham, ensuring that students engage in physical activity, see the importance of traditional sports values, and benefit from the enhancement of physical education and social studies curriculums through relevant resources inspired by The World Games 2021.

“It is an honor to serve as a Foundation Partner for the World Games 2021,” said Tim Vines, President and CEO of Blue Cross and Blue Shield of Alabama. “Our company is deeply committed to giving back to the community through opportunities that support health, wellness and education initiatives. We are proud to be part of this historical event that will be a legacy for our great city and Alabama.”

The program will provide students with the opportunity to play sports featured in The World Games 2021 through a partnership with the “Let’s Move” initiative. Initial sports will include Korfball, Floorball and Flying Disc. It will also provide classroom resources and activities that will connect The World Games 2021 with physical education, social studies and athletics, as well as provide professional development opportunities for educators.

With the announcement of Vulcan as the official mascot came exciting news: a special representation of Vulcan will be created specifically for The World Games 2021 Birmingham. This version of Vulcan – created through a collaboration between Vulcan Park and Museum, the International World Games Association and the Birmingham Organizing Committee – will be unveiled later this year and will appear at special events leading up to and during The Games. This distinct Vulcan will represent the excitement and vitality of The World Games and forge a spirit of competition throughout the Magic City, uniting fans in Birmingham with spectators from around the globe.

A symbol of the spirit of Birmingham, Vulcan is the world’s largest cast iron statue and considered one of the most memorable works of civic art in the United States. Designed by Italian artist Giuseppe Moretti and cast from Birmingham iron in 1904, Vulcan has overlooked Alabama’s largest city from atop Red Mountain since the 1930s. Featuring an observation platform and a comprehensive Birmingham history museum, Vulcan Park & Museum is one of Birmingham’s most-loved tourist attractions, while the Vulcan statue is one of the city’s most recognizable icons. As mascot, he will serve as the ambassador visitors will see as they travel to Birmingham for The Games.

“As Vulcan stands for Birmingham – all of Birmingham – it is a great honor to have him represent the United States during The World Games 2021,” said Darlene Negrotto, Vulcan Park and Museum President & CEO.  “His spirit of determination, hard work, dedication and perseverance describes not only our community, but also the athletes who have trained their entire lives for this moment. It is most fitting for our beloved Vulcan to welcome them and their loved ones to Birmingham, our home.”

Blue Cross and Blue Shield of Alabama joins Alabama Power, Protective Life, Regions, and Shipt as official Foundation Partners of The World Games 2021. Additional support has also been provided by the City of Birmingham, Jefferson County, State of Georgia and Birmingham Convention and Visitors Bureau.

ABOUT THE WORLD GAMES 2021 BIRMINGHAM

The World Games 2021 Birmingham will be an extraordinary Olympic-style sports experience where elite athletes from all over the world compete for gold in 33 unique, multi-disciplinary sports. Featuring 3,600 athletes from more than 100 countries, the international event will unite global fans with the Birmingham community in more than 20 unique venues around the greater metropolitan area. The World Games 2021 Birmingham, which marks the 40th anniversary of the event, will take place from 15-25 July 2021 and will generate an estimated $256 million in economic impact. The World Games was established by the International World Games Association, an organization recognized by the International Olympic Committee. For more information visit theworldgames2021.com or find us on Facebook, Instagram or Twitter.

ABOUT BLUE CROSS AND BLUE SHIELD OF ALABAMA

Blue Cross and Blue Shield of Alabama has insured Alabamians for over 83 years. Blue Cross offers coverage plans to corporations, individuals and the senior market. For more information about          Blue Cross, visit AlabamaBlue.com. Connect with us on Facebook, check out our videos on YouTube and follow us on Twitter for more up-to-date information.

ABOUT VULCAN® PARK AND MUSEUM 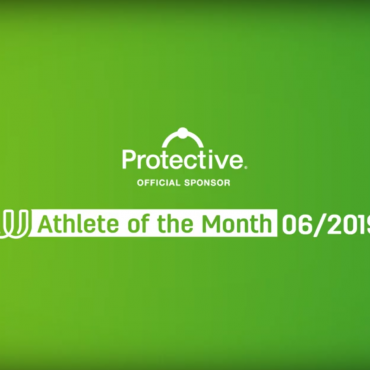 New Zealand’s Women’s Rugby team has won ten out of their last twelve tournaments, and it became the first side to qualify for the Rugby 7s at the Tokyo 2020 [...]