Duathlon, Flag Football, Lacrosse (men), Wheelchair Rugby and Wushu will feature as invitational sports in The World Games 2022 in Birmingham. They complete the sports program along with the 30 Official Sports.

This is the first time that a Wheelchair sport will appear in the program of The World Games. The Wheelchair Rugby played in 2022 will be Low Point Rugby, where the gap in function level of the athletes is smaller. “The decision to accept Low Point was facilitated through the strong collaboration of World Rugby, the International Wheelchair Rugby Federation, the Birmingham Organising Committee and local partners such as the Lakeshore Foundation. We’re looking forward to integrating disabled sports of the highest level into our event for the very first time,” IWGA Head of IF and Games Services Sebastian Garvens says.

While Duathlon has been an invitational sport in 2013 and Wushu in 2009 and 2013, men’s Lacrosse is new to The Games. Women’s Lacrosse featured at The World Games 2017 and is in the official program also in 2022. American Football was invitational in 2005 and 2017, but Flag Football, a dynamic modern non-contact discipline of American football, is new too. Flag Football @TWG2022, presented by the NFL, will feature eight men’s teams and eight women’s teams from around the world.

The Official Sports program for The World Games 2022 was published in 2018, and a more detailed version of it earlier this year.

Presented by the NFL 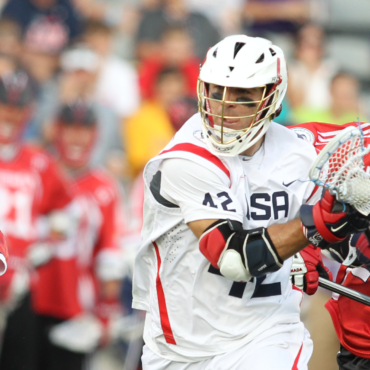