THE WORLD GAMES IN BIRMINGHAM, ALABAMA, MOVES TO JULY 2022

LAUSANNE, Switzerland (April 2, 2020) – The International World Games Association (IWGA) and Birmingham Organising Committee (BOC) have agreed to postpone the 11th edition of The World Games until 7th to 17th July 2022. The Games had originally been planned to take place from 15–25 July next year.

The International Olympic Committee’s (IOC) decision to move the Tokyo Olympic Games to July 2021 made a significant impact on the planning of The World Games in Birmingham, Alabama. Keeping to the original dates in July 2021 would have meant excluding many athletes and officials involved in the Olympics, and would have led to a potential reduction in public and media interest. When the IOC announced its decision, the BOC urgently set about assessing what alternative dates might be viable, particularly regarding venues and accommodation. Meanwhile, the staff of the IWGA were establishing when the vital services provided by key partners, such as Swiss Timing and International Sports Broadcasting, could still be made available.

It soon became clear that only one 10-day period existed in which venues, accommodation and key partner support could be guaranteed: 7–17 July 2022. The IWGA Member Federations with sports on the programme gave their full support to delaying The World Games, and the joint decision of the IWGA and BOC Boards to adopt these new dates was unanimously approved by the federations in a video conference.

“A great deal of detailed work is now required to implement this decision, and further progress reports will be issued in due course,” says IWGA President José Perurena. “But I am impressed by the flexibility and efficiency of the Birmingham Organising Committee: they have been able, in just two days after the IOC’s announcement, to get all the main organisational items in place.”

IWGA CEO Joachim Gossow says: “I am very proud of the capable organising team in Birmingham. All organisational main pillars such as venues and accommodation are in place for 2022, and we are able to have exactly the same sports programme as we had planned for 2021. We look forward to working together with the chairman Jonathan Porter, his CEO Nick Sellers and their team to organise the best possible Games for our athletes.”

“The date of the event has changed, but Birmingham’s commitment to a world-class event has not wavered,” Mayor of Birmingham, Randall L. Woodfin said. “I want to thank the IWGA and The World Games 2021 Birmingham for their work in making a timely decision. As the City of Birmingham addresses the current pandemic, be assured that we remain focused on the city’s future and making this the best edition of The World Games ever.”

“I want to thank our entire team and partners across the State of Alabama and internationally for their work and support to set our new dates,” said Nick Sellers, CEO of the Birmingham Organizing Committee. “While it wasn’t an easy decision, it was the right one for our athletes, fans, sponsors and community. We share many key partners of the International Olympic Committee, and this move will ensure that we maintain national and international television coverage as well as keeping several sport competitions that participate in the Tokyo Summer Olympics. The World Games Birmingham will be a special time of reconnection as it will be the first major international multi sport event on American soil following this global pandemic, and we are fully confident that we will rise to the occasion. Our thoughts and prayers continue to be with our healthcare workers and those impacted by COVID-19 at this time. We will prevail. And we will reconnect.”

“We are supremely confident in this shift, and believe that the circumstances will further increase the significance of The World Games across our state, region, and country,” added Jonathan Porter, Chairman of The Birmingham Organizing Committee Board of Directors. “We are just as excited now as we were when we were scheduled for 2021, and we hope the Birmingham community and the world will share that enthusiasm with us. The World Games Birmingham is going to be a once-in-a-lifetime event. A new date on the calendar isn’t going to change that.”

“The whole world is hurting now and we must all pause and refocus our efforts in order to rid the world of COVID-19. We stand with each of you and very much look forward to The World Games in 2022.” -The Jefferson County Commissioners – Joe Knight, Jimmie Stephens, Lashonda Scales, Sheila Tyson and Steve Ammons. 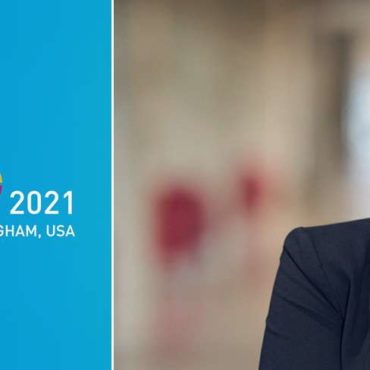