Birmingham’s new stadium will be a centerpiece of the historic international multi-sport event.

“Being able to open and close The Games in this beautiful new stadium adds yet another layer of excitement and anticipation,” said The World Games 2022 CEO Nick Sellers. “We’ll be putting Birmingham on a global stage, and people across the world are going to be impressed with this venue.”

The new $180 million Protective Stadium, which is scheduled to be completed in 2021, will have a seating capacity of 47,100 and will also be the permanent home of the University of Alabama at Birmingham Blazers football team. In addition to Protective’s role as the naming rights sponsor of the new stadium, the Birmingham-based insurance company is also a Foundation Partner of The World Games 2022, sponsoring the Athlete of the Day, Athlete of the Month, Athlete of the Year and Athlete of The Games programs.

“During this significant moment in our city’s history, the eyes of the world will be on Birmingham,” said Rich Bielen, President & CEO, Protective. “The World Games 2022 will showcase Birmingham as the dynamic city we know and love, and I’m proud that Protective Stadium will play such an important role in welcoming athletes, fans and visitors from across the globe.”

“Events like The World Games Opening and Closing Ceremonies are exactly what we had in mind when designing Protective Stadium to be a versatile, multi-use facility,” said Tad Snider, executive director and CEO, BJCC Authority. “We’re excited to work with The World Games and the City of Birmingham to host elite international athletes and fans in Birmingham’s new, next-generation stadium.”

The official introduction to The World Games 2022 and the City of Birmingham, the Opening Ceremony Presented by Alabama Power will feature live entertainment and special effects. The program will also include remarks from key dignitaries and the official Parade of Athletes, representing more than 100 countries. Produced by Birmingham-based LRY Media, the Opening Ceremony will celebrate Birmingham’s past, present and future.

Rashada LeRoy, CEO of LRY Media Group shared, “The Opening Ceremony will invite attendees to travel along as we unlock the magic of the Magic City – a city known for its revolution, activism and innovation. Our concept, seen through the lens of four girls, will show Birmingham being transformed into a world-class city; a city that used its past to fuel a desire to be the best, a champion city in Alabama that will welcome elite athletes from all over the world.”

The Closing Ceremony will be the grand finale of The World Games 2022. A celebration of the 10 days of competition of The Games, it will feature live entertainment and an opportunity for athletes, fans and volunteers to bid farewell to Birmingham, Ala., USA. It will also include a performance from and the ceremonial passing of The World Games flag to representatives from Chengdu, China, the next host city of The World Games.

“Each day I become more excited about the momentum surrounding The World Games 2022,” added Birmingham Mayor Randall Woodfin. “The decisions being made now will lead to a world-class, unforgettable experience for both our international guests and the people of Birmingham. This event will provide a chance to bring each of us closer together – to understand collectively where we have come from and where we are going. Let the world know, Birmingham is ready to deliver a once in a lifetime experience.”

“We are looking forward to welcoming the world to Birmingham at one of our city’s newest venues,” said Birmingham City Council President William Parker. “There is no better opportunity to showcase all of the incredible venues that our city has to offer, than at The World Games 2022. Athletes and fans from all over the world will get to experience every part of our great city during those 11 days in July of 2022.” 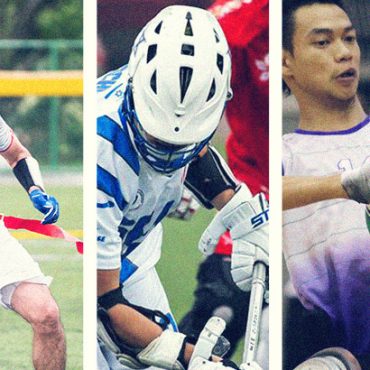