Birmingham, AL – A dream came true for Eva-Maria Raudsepp, a 17-year-old sumo wrestler from Estonia, on Tuesday morning thanks to Birmingham Mayor Randall L. Woodfin, The World Games 2022 and the Birmingham Zoo.

Raudsepp – the only Estonian female sumo wrestler at The World Games 2022 in Birmingham, as well as the youngest and smallest female sumo at The Games – came to Birmingham without family or friends. As her competition wrapped up Sunday, she began feeling homesick.

The Birmingham Zoo is closed on Mondays and Tuesdays, so it seemed impossible to fulfill Raudsepp’s request before she returned to Europe.

Enter Woodfin. When he learned about the young woman’s wish, he called Chris Pfefferkorn, the zoo’s president & CEO, and arrangements were made to provide Raudsepp with a special, private hour-long tour on Tuesday morning.

Raudsepp and Mayor Woodfin shared several moments with Willow, one of the zoo’s giraffes, including being lovingly and lavishly licked in the face by the tall-necked creature.

“It’s unbelievable that I am here,” she said. “I’ve always wanted to see a giraffe. It is my favorite animal.”

Even though Raudsepp didn’t win a medal at The World Games 2022, she can return home with memories of competing in the once-in-a-lifetime athletic event and also making a new, long-lashed, speckled friend at the Birmingham Zoo. 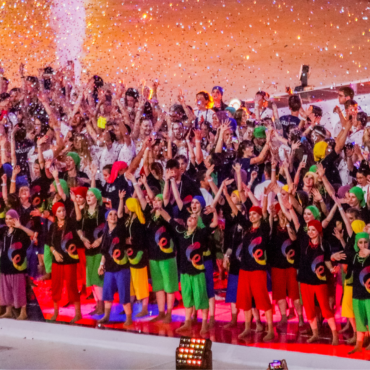