Flag Football presented by the

Flag football is a team sport like tackle football but with the use of flags to avoid contact. Competitors wear tightly fixed flag belts with sockets and 2 pop-flags on either side of their hips. The goal of the game is to advance the ball down the field by running it or passing it to score a touchdown by crossing the opponent’s goal line. Teams score 6 points for a touchdown and, after a touchdown, can gain an extra 1 or 2 points for a set play from 5 or 10 yard lines. Teams have 4 series of downs to cross the midfield line to keep possession and earn a new set of 4 downs. If they do not, they have to surrender possession of the ball to their opponent, who start at their own 5 yard line. The play ends when the ball-carrier‘s flag is removed, goes out of bounds, or if a forward pass hits the ground. The team with the higher score at the end of the game is the winner.  Games are split into two halves of 20 minutes and teams are comprised of 15 players each (5 on the field, 10 as substitutes). Teams compete on a rectangular 25-yard by 50-yard field, with an additional 10–yard end zone. 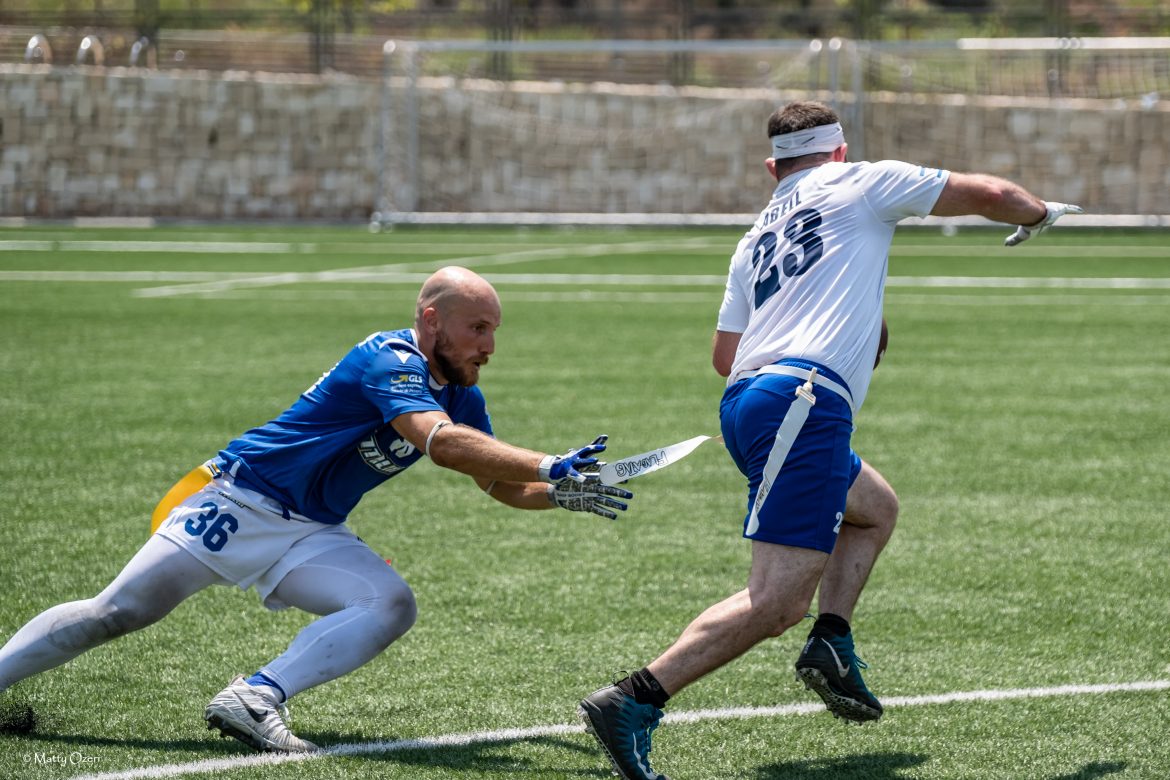 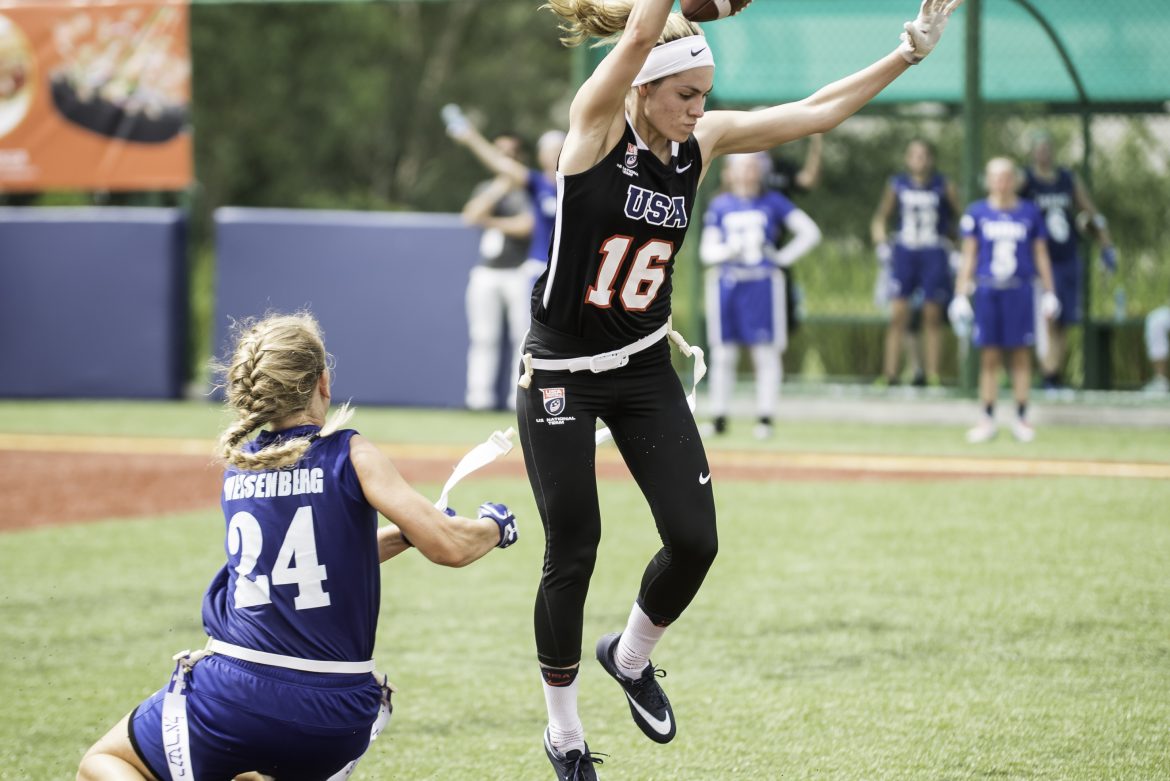 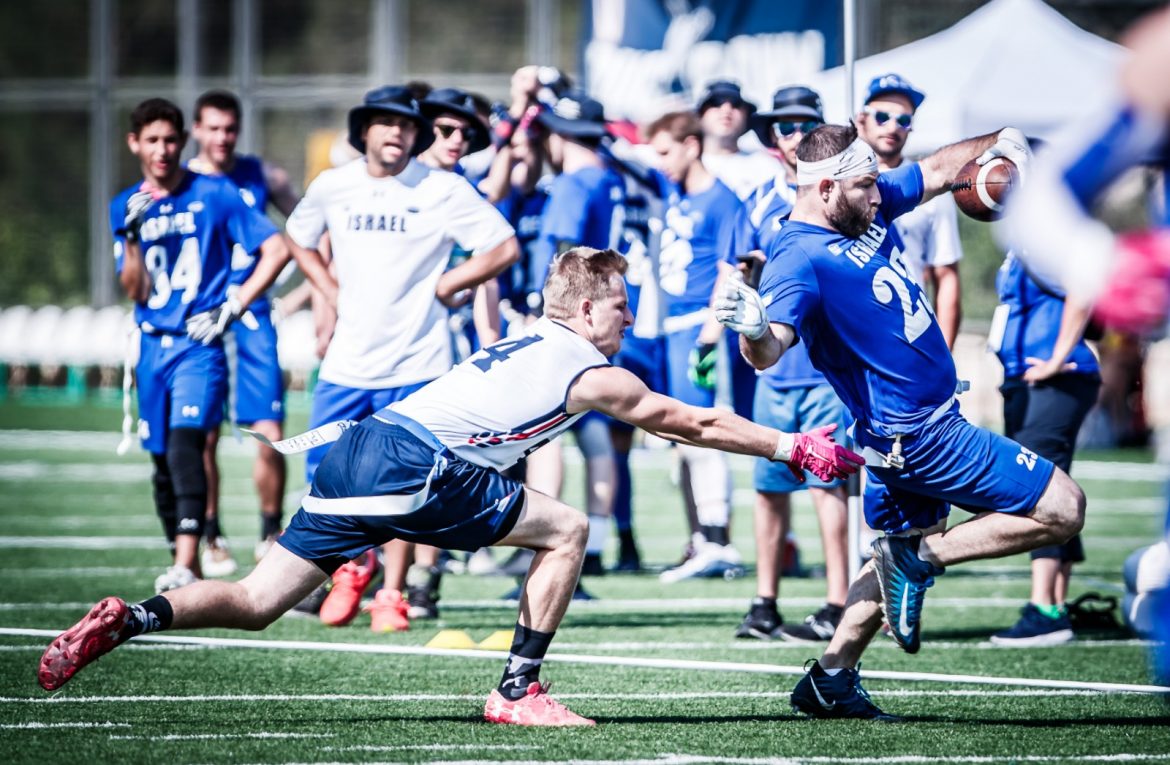 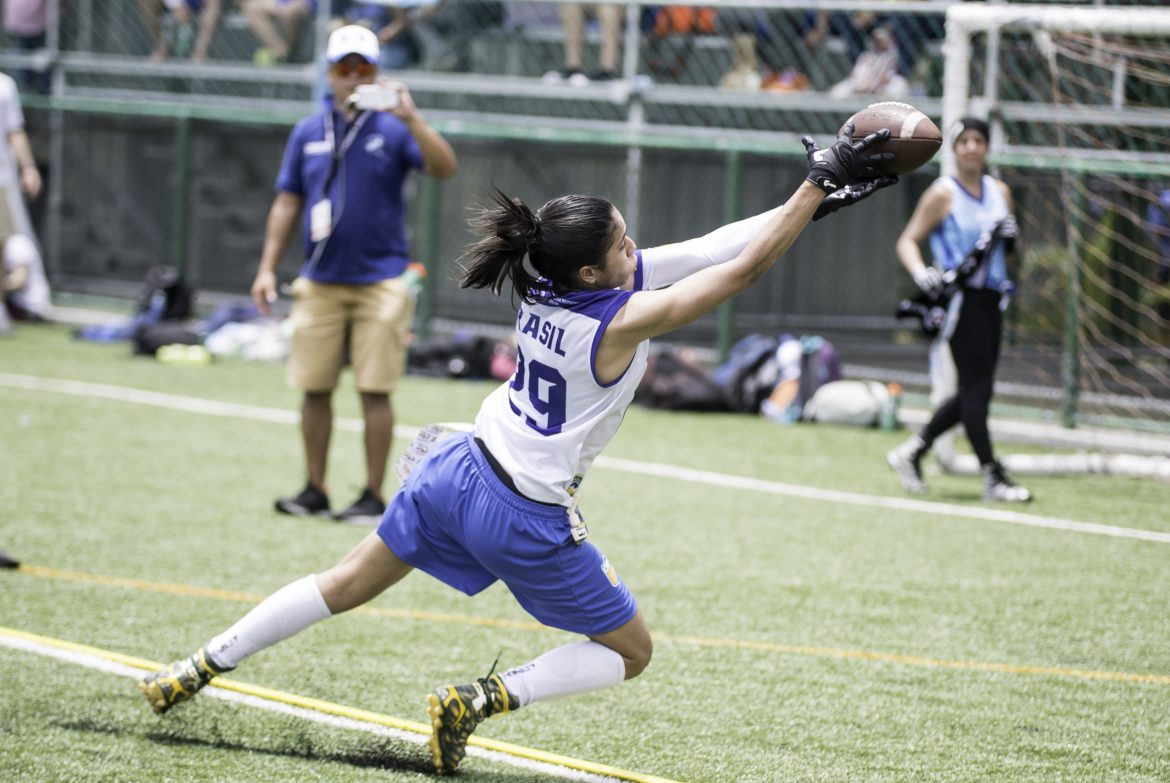 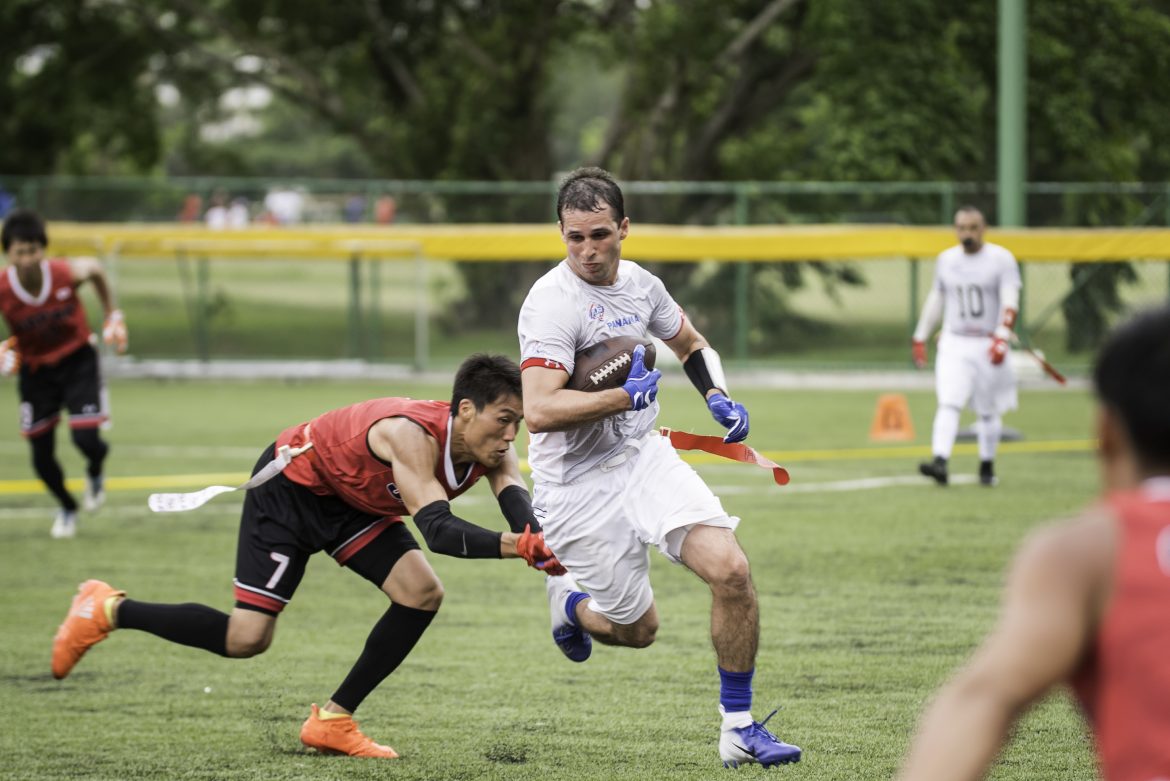 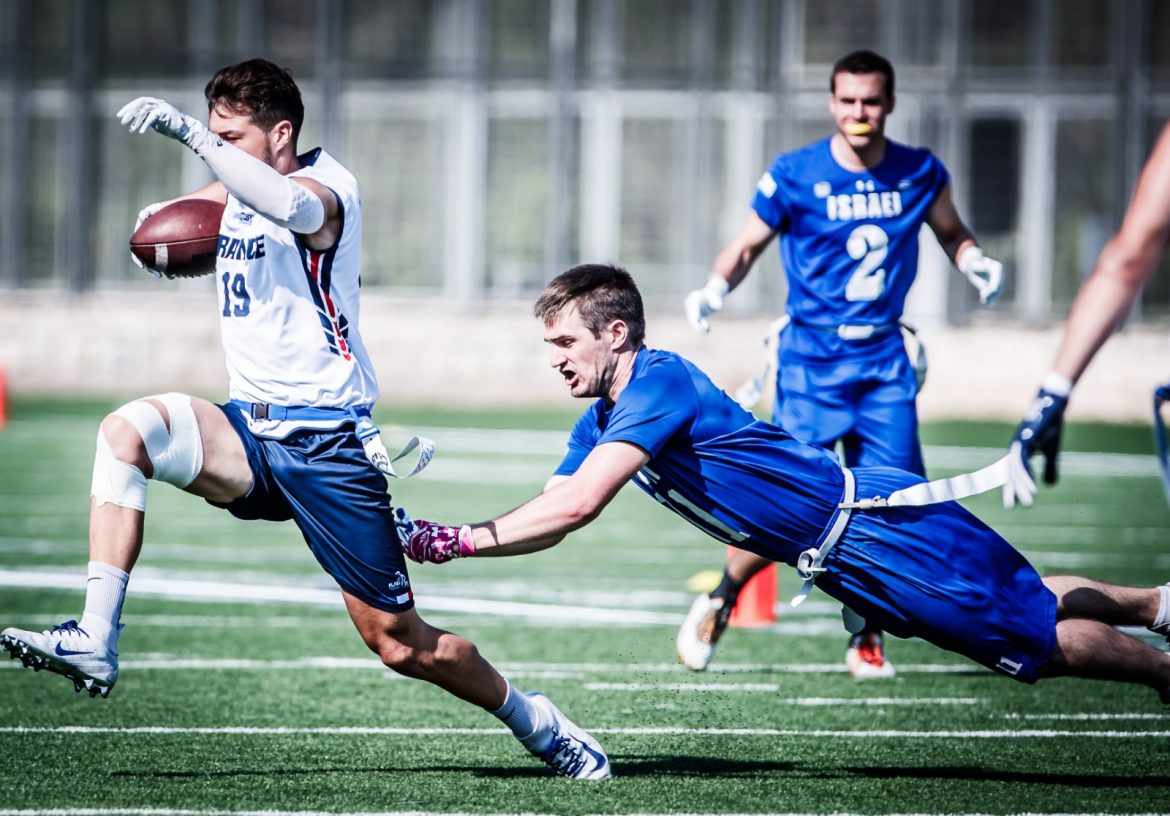