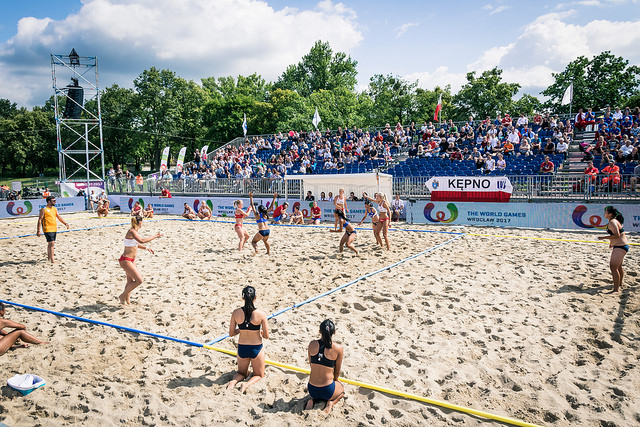 The 12th edition of the ‘SoCal Beach Handball Championship’ was held last weekend (25-26 August) on Huntington Beach, California, forming part of the US Beach Handball Tour 2018.

‘SoCal’, an abbreviation of ‘Southern California’, is the spiritual home of beach handball in the USA, and is the largest and longest running, beach handball tournament in the United States of America. For the second year running Brazilian men’s national team coach Antônio Peixe – fresh from his IHF Men’s Beach Handball World Championship title in Kazan in July – helped with the role of Competition Director, using his invaluable guidance and experience to help the tournament, the officials, teams and players present.

In the men’s competition, RIP SD (San Diego) beat RIP LA (Los Angeles) 2:0 in the final, to make it six wins out of six and take the title, while the LA Wizards finished in third place, beating ColSonMx (Mexico men’s national team) in a shoot-out 2:1.

The ‘Spin and Tonic’ team, featuring a mix of USA national team players, club players and Camila Ramos (Souza) – Brazilian national team player who was the MVP at the 2014 and 2016 IHF Women’s Beach Handball World Championships – won the title with six 2:0 wins in a row, including the final against LA RIP, while SF Frost beat the U18 American Samoa team 2:0 in the third-place play-off.

“This year’s tournament was an exciting mix of new teams like American Samoa and those with experienced players from teams like SF Cal Heat,” said Mellissa de Oliveira, Event Coordinator.

“Our goal has always been to put on a tournament that is fun and competitive for everyone,” continued de Oliveira from LATHC. “We have an amazing base of athletes in LA; and every year we see the skill level and talent grow in this competition.”

Michael Hinson, Head Coach of the USA men’s beach handball team and LATHC President was also happy to see the continued development of the sport in America.

“The SoCal Beach Handball Championship is a testament to the growth of the sport in this country,” said Hinson. “LATHC is proud to host the largest and longest running tournament in the US and it has helped set the stage for many of the largest beach handball competitions coming up in the next couple of years.

“The growth of the US Beach Handball Tour and all the individual tournaments are key to the sport’s expansion from California to New York.”

For further information about the USA Beach Tour visit their website here: www.usabeachtour.online. 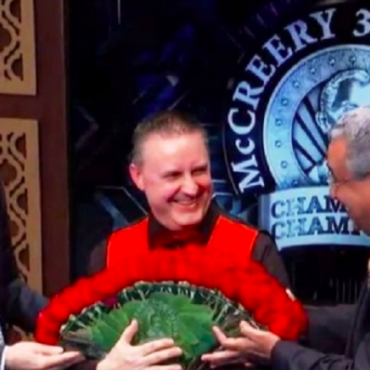 New York—The first ever McCreery champion of champions tournament ended in a classic Belgian clash: Frédéric Caudron against Eddy Merckx. The world number one proved to be a bit stronger [...]