In the Freestyle competition, it was Abdulbari Qubaisi of the United Arab Emirates who claimed the title, with Spain’s Pablo Hernandez Moll in second place and Justin Prize of the US taking third.

More than 5,000 spectators each day gathered to watch the athletes hurtle towards the ground at speeds of up to 150km/hour before touching down beyond the swoop pond – having performed tricks dragging through the water –  that gives canopy piloting its other name: swooping.

They were treated to a fantastic show as the competitors battled it out to be the fastest, go the furthest, or make the most accurate or impressive landing.

Thanks to all the skydivers, organisers and officials who made this spectacular event possible.

And huge congratulations to the winners! 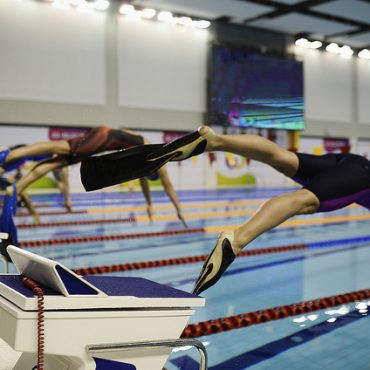 Submitted by:  International Life Saving Federation Federazione Italiana Nuoto (Sezione Salvamento) Following the official allocation of the Lifesaving World Championships (LWC)2020 from the ILS Board in September 2016 to Italy, [...]