New York—The first ever McCreery champion of champions tournament ended in a classic Belgian clash: Frédéric Caudron against Eddy Merckx. The world number one proved to be a bit stronger than the world number two: Caudron beat his long-time rival 50-35 in 23 innings, and cashed an unprecedented 150.000 dollars. Dick Jaspers took third place in the event, and Semih Sayginer ended fourth.

The final day saw action on just one table, with two semifinals being played separately. Dick Jaspers had the lead after the round robin matches, and he had been impressive on the penultimate day when he beat both Merckx and Caudron. But in Saturday’s semifinal, he could not get anything going. Merckx also had a slow start, but he started to score heavily after the poor first six innings. A run of 12 took the deficit for the Dutchman from 23-11 to 35-11, and there was no way for him to recover: 50-28 in 22, and Merckx could look back on a terrific match.

Semih Sayginer had beaten Caudron on Friday, but on Saturday the tables were turned. Fred used only 19 innings and barely an hour for a 50-24 victory. A few runs at breakneck speed, one of those a 10, were too much for Sayginer who did not do a lot wrong but had few positions to work with. Caudron’s game these days is a lethal mix of attack and defense, he is extremely hard to beat.

The final between the Belgians had some nervy moments in the early innings, but who could blame these players? The stakes were high. Caudron was the first to find some rhythm, and he took a ten point lead. Merckx fought back well but a run of eight by the world number one (Caudron breaking through the Merckx defense with a splendid cross-table) made all the difference. From 48-35 Caudron finished with two “singles” and celebrated the win.

The McCreery event not only had a prize fund of 600.000 dollars, it also showcased a number of technical innovations, with camera angles, replays, automated lag-measuring and score-keeping never before seen in billiards. Former Sang Lee protégé and billiard visionary Ira Lee was mostly responsible for the new technology, which Ira lee sees as an instrument to further the sport.

A very capable team of referees from six countries was in charge all through the week. Willem Hofman (Netherlands), Stefan Andres (Germany), Martin Spoormans (Belgium), Hervé Lacombe (France), Jiwon Riu (South Korea) and Bilo Salama could look back on a week without a single questionable decision or complaint. Charles Brown was the seasoned tournament director. 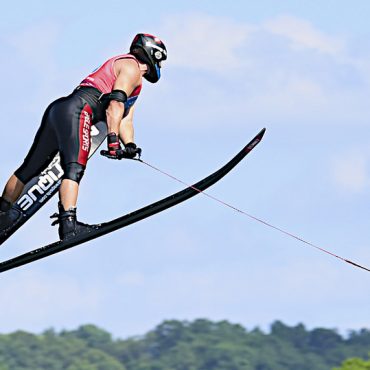