Laursen’s team name was ‘Where are the other two?’

Forty-two teams from Denmark, Norway, Germany and Portugal took part as trios but Laursen was alone.

“It actually wasn’t as hard as I had feared,” he said. “I had set some small goals for myself, because of the time. So I didn’t think I had 16 hours left, but rather that I had already been shooting for eight hours.”

“[When I finished] I felt relief and it felt pretty awesome that I had succeeded. I was tired, but not as sore or broken down muscular as I had imagined and feared.”

Laursen’s team name – ‘Where are the other two?’ – made reference to Martin Damsbo and Stephan Hansen, with whom he has shot the tournament before, as well as winning a World Archery Champion team title back in 2013.

The marathon event started at midday on Saturday 13 October and ran 24 hours until midday on Sunday 14 October.

Laursen shot and scored all 1002 arrows at 18 metres using the four-centimetre recurve 10-ring (also used in Las Vegas) by himself, snacking and taking toilet breaks in between ends.

“The biggest motivation was all the other archers who asked how I felt and said to me that it was pretty awesome if I could continue shooting all 24 hours alone,” he said.

Laursen actually shot 12 points more than that which he scored when he shot with Damsbo and Hansen as a team in 2016. He said the result “stands in the higher level not just because I won, but because I pushed myself and was put in a situation I hadn’t been in before.”

“I always like testing my own limits as an archer.”

Laursen received a 25 Euro restaurant gift card as a prize and big round of applause from his fellow participants. 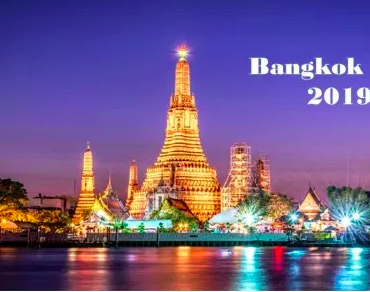 Coming Home was Thailand’s motto when they bid for the World Muaythai Championships 2019. They have now been given this honour, making this the first senior level muaythai event to [...]