In a significant announcement made by E-Force and the International Racquetball Federation (IRF), E-Force was named the “Official Racquet” of the IRF.
According to Ron Grimes, owner of E-Force, the decision to continue supporting the IRF and its focus on international growth was an easy one. “As racquetball’s racquet technology leader, E-Force is excited to extend its over 12-year International Racquetball Federation sponsorship.  E-Force is committed to growing racquetball internationally. The IRF, with its efforts towards this shared goal, is the perfect partner.”

E-Force will be the “Official Racquet” for all IRF World and Continental tournaments in addition to the Olympic chain of events including the Pan American Games, South American Games, Central American Caribbean Games, and World Games. 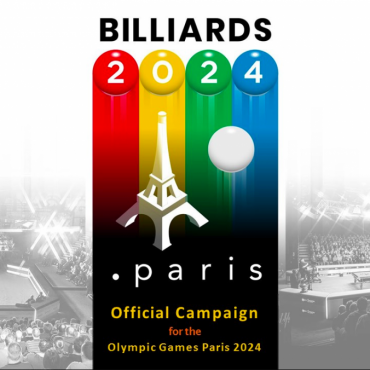 Bringing billiards to the Olympic Games 2024

This is the official campaign to bring billiards as an additional sport to the Olympic Games Paris 2024. The World Confederation of Billiards Sports (WCBS) is running a campaign to [...]