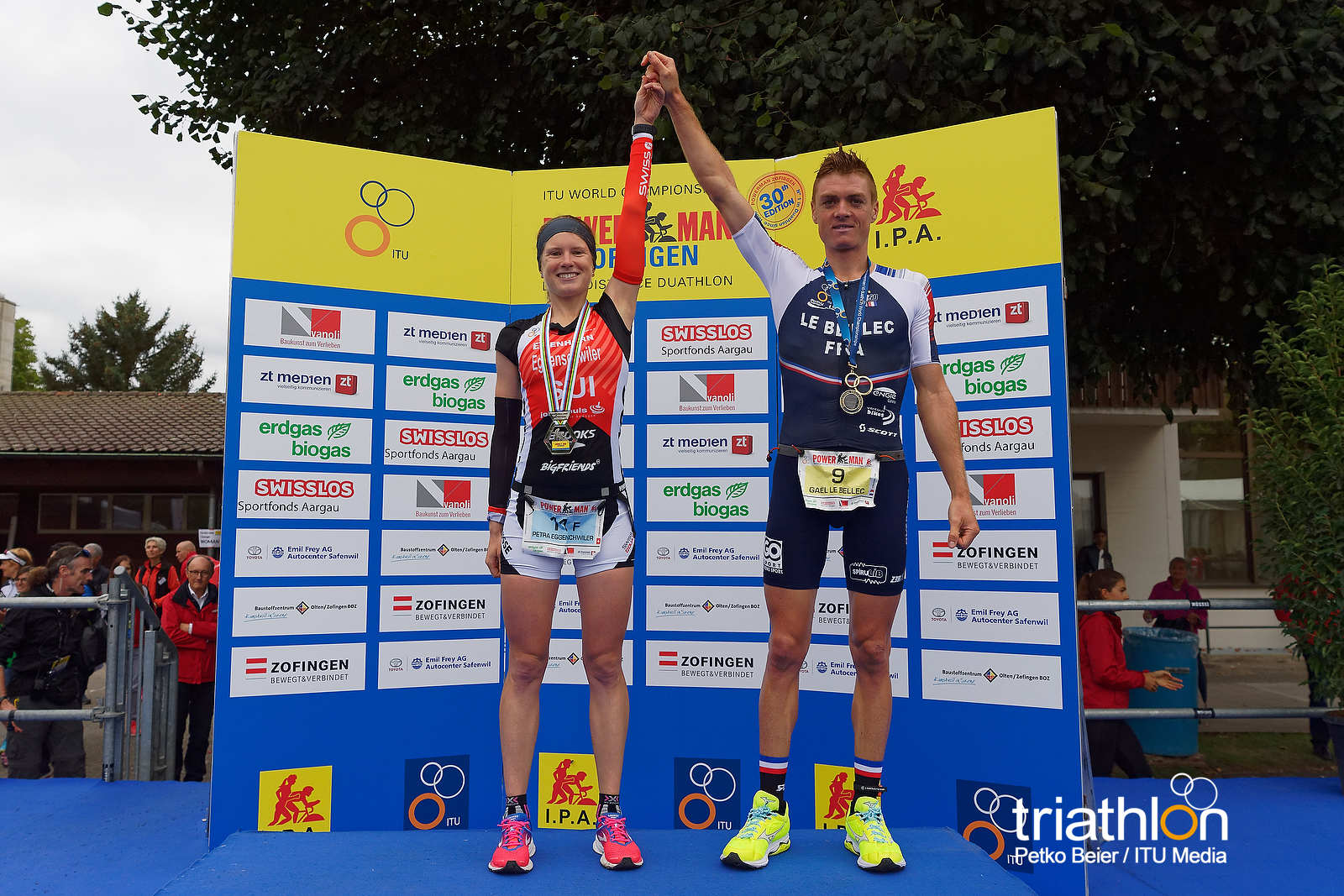 It was a Swiss double victory in the women’s race and a French double victory in the men’s today at 2018 Zofingen ITU Powerman Long Distance Duathlon World Championships. The idilic town in the Swiss Alps hosted the top world duathletes for the 30th consecutive year to see Petra Eggenschwiler (SUI) coming back after a two-year absence to claim the World Title, while Frenchman Gaël Le Bellec won the title fort he third time of his career, after his victories in 2014 and 2015.

“I didn’t expect that in any way,” Petra Eggenschwiler could not even really believe that she had just claimed the World title. “I didn’t believe in winning until I started on the last 10 kilometre run. “The longer the race lasted, the more pain I had and I just hoped that I could hold out”, she said.

Due to health reasons, the 30-year-old Swiss was not able to compete at Powerman Zofingen in the last two years. “Somehow I regret this, but I have returned all the more successfully now.”

Eggenschwiler attacked decisively on the last of the three 50 kilometre cycle laps and left her last tough rival, Melanie Maurer. The latter, also from Switzerland, was more than satisfied with the silver medal. “That’s mega and nobody expected a Swiss double victory. As I had problems running because of my stomach, I only hoped that the lead over the third placed athlete would still reach the finish line”. It worked out for Maurer.

Finally, Antonia Reznikov from Israel took the third place. Thanks to the 4th place of Nina Zoller and the 5th place for Daniela Schwarz, the Swiss team finished in four of the top five places. Among others, Miriam Van Reijen (NED), 2017 World Vice Champion and Nina Brenn, 2016 World Vice Champion had to withdrawn from the race halfway through due to injuries, while British Emma Pooley, the World Champion in Zofingen in the last four years, was not at the start this year also with some health issues.

In the men’s race, Le Bellec, who had already become world champion in Zofingen in 2015 and 2014, divided his race and the forces very intelligently, let his two remaining rivals Yannick Cadalen (FRA) and the German Felix Köhler, do the leading work, sometimes also attack.

“I was able to keep up the rhythm I had set once, no matter what was going on around me”, said the 30- year-old Frenchman, who seemed delighted of Zofingen new course. “I love it when it’s not just straight ahead, but up and down”.

Le Bellac crossed the finish line just in front of his compatriot Cadalen, same as both did back in 2014.

An extremely satisfied Köhler claimed the bronze medal.  “I tried to stay on the bike and probably needed too much strength”. 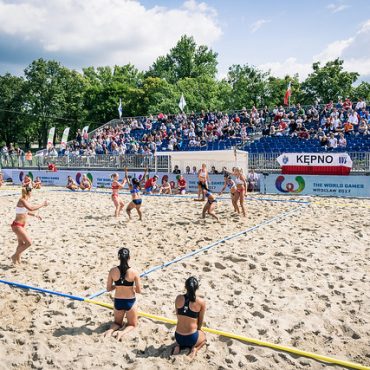 The 12th edition of the ‘SoCal Beach Handball Championship’ was held last weekend (25-26 August) on Huntington Beach, California, forming part of the US Beach Handball Tour 2018. ‘SoCal’, an [...]