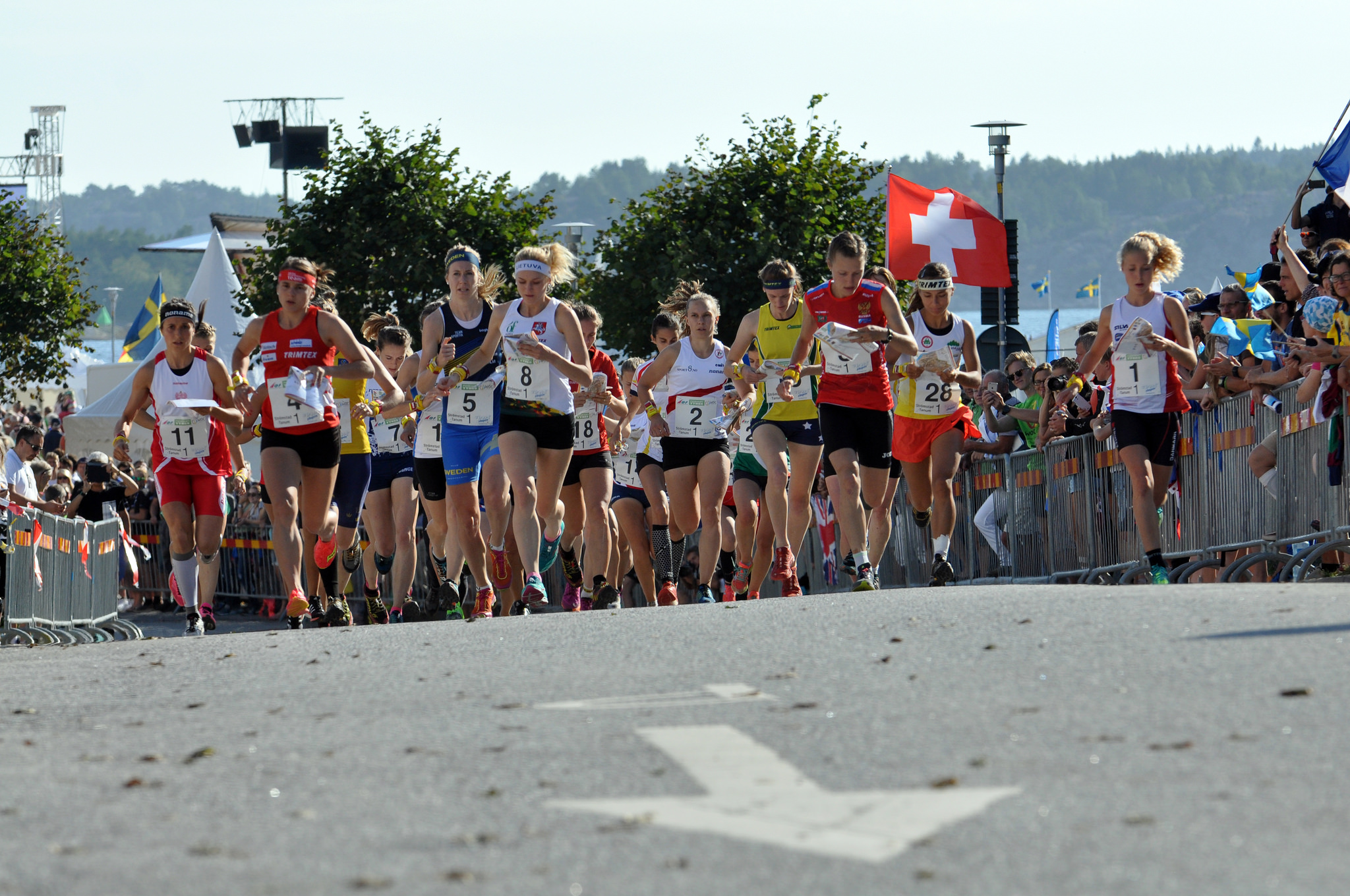 The Swiss teams put on a huge power display in the Sprint Relay today after their Knock-Out Sprint disappointments, getting three teams in to the finish in the first four. Their winning team had a hard fight with Sweden in the early stages, but two mistakes by the Swedes made it an easy victory for Switzerland in the end.

Unusually for a Sprint Relay, quite steep wooded parkland with some twisty paths was used for much of the race, with some interesting rock features as control sites; the last part of the courses was on flatter ground with some park and ornamental gardens. Lina Strand set up a good gap for Sweden on the first leg, handing over to Emil Svensk; Sabine Hauswirth handed over to Andrea Kyburz for Switzerland just a few seconds behind. Third team at the end of the first leg was Austria, with Ursula Kadan.

Svensk ran well on the second leg and improved the lead over Switzerland, but with Norway, Russia and the other two Swiss teams still very much in the hunt. Jonas Leandersson went out on the third leg for Sweden with a good lead, but disaster struck half-way round the course and Florian Howald was suddenly seen on the GPS tracking in the lead by a good margin. On this leg Czech star Vojtech Kral gained several places to bring his team into a potential medal position.

Judith Wyder set out on the last leg with an 11-second advantage over Tove Alexandersson, who made a significant early mistake so that by control 2 she was 1.04 down. However she was able to maintain a lead over the two other Swiss teams. A fine run by the junior Czech runner Teresa Janosikova brought her team into fifth place and the bronze medals.

The win today ensures a big-margin victory for Switzerland in this year’s Team World Cup, with Sweden moving up into second place and Norway down into third as a result of today’s race.

Tomorrow the one forest race of the finals takes place, a Middle distance race at Turnov – Castle Valdstein in the northern part of the country, starting at 11.30 local time. 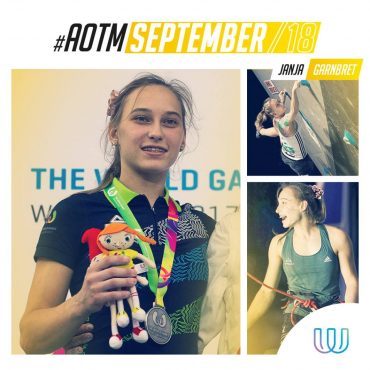 Janja Garnbret Athlete of the Month

Janja Garnbret (SLO) was awarded Athlete of September 2018 by The World Games Association! Garnbret, 19 years old, is The World Games 2017 silver medallist in Lead, and at the most recent IFSC [...]