Congratulations to Switzerland’s Timothy Trowbridge: holder of the new FAI world record for speed over 100m with a racing drone*.

The racing star hit an average speed of 114.2382 km/h across two separate runs of the 100m track, which was specially constructed for the FAI World Drone Racing Championships here at the Shenzhen Universiade Center-Stadium.

“It feels brilliant,” he said. “The race was really cool and I am very proud to be bringing this record home for Switzerland.

“The launch is the most important thing in a race like this – when you get a good start you can just go full throttle all the way to the end.”

A total of 62 pilots signed up to get the chance to become a world record holder and claim the $3,000 cash prize.

The top four then took part in a final in which they raced in one direction before stopping, resetting and then racing back in the other direction, allowing judges to calculate their average time over two runs.

FAI Aeromodelling Commission President Antonis Papadopoulos said: “We ran the final in this way because FAI rules state that pilots must fly in both directions when they are participating in a world record attempt.”

Competitors agreed that the key to getting a fast time was mastering the start. Finalist Michael Isler of Switzerland said: “It’s a completely different form of drone racing that is really all about the start.”

“Getting the start right is definitely the hardest thing,” added Republic of Korea pilot YoungRok Son, also in the final. “I like this format and would love to try it on a longer track of say 200m or 300m in the future.”

* The FAI is waiting for the record claim documentation to ratify this performance. 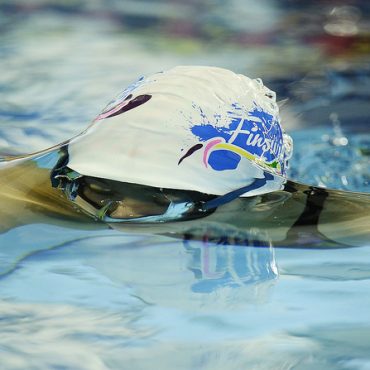 November 29, 2018 The water sports community, diving and freediving centers, divers and freedivers, are in the front row in the fight against the sea pollution. In two different places [...]