New York, NY – The Federation of International Lacrosse (FIL) is pleased to announce and expresses its appreciation to the Executive Board of the International Olympic Committee (IOC) for its decision to provide provisional recognition to FIL.

“The IOC’s Executive Board’s decision to provisionally recognize FIL has created a major milestone for the sport of lacrosse.  FIL is truly honored to have received this recognition by the IOC,” said Sue Redfern, President of the Federation of International Lacrosse. “This decision will assist us and our member nations as we work to create opportunities for participation in the sport of lacrosse around the world.”

Founded in 2008, FIL began its journey to be recognized with the merger of the Men and Women’s international federations.  FIL has worked diligently to achieve its vision and mission since that time and the sport has grown to 62 member nations and impacts millions of athletes worldwide.

“FIL is very pleased to have received this recognition by the IOC Executive Board,” said Jim Scherr, Chief Executive Officer of the Federation of International Lacrosse. “The IOC recognition provides a real opportunity to enhance and accelerate the efforts of FIL to continue to grow and develop the sport around the world.”

The Federation of International Lacrosse is responsible for the governance of lacrosse and provides support to the overall development of the sport worldwide. Earlier this year, FIL hosted the 2018 FIL Men’s Lacrosse World Championship, which was the largest ever with 46 nations competing in Netanya, Israel. In 2019, the FIL Under-19 Women’s World Championship will be held in Peterborough, Canada, August 1-10, and the FIL World Indoor Lacrosse Championship in Langley, Canada, September 19-28.

“The IOC provisional recognition is a testament of the hard work of all of the athletes, coaches, officials, and volunteers of the sport of lacrosse,” said Ron Balls, Secretary General of the Federation of International Lacrosse.

The International Olympic Committee promotes sport and competitions through national and international sports throughout the world, with a focus on developing sports for all to participate in. The IOC is also responsible for the selection and conduct of the Olympic Games and Youth Olympic Games. The goal of the Olympic movement is to contribute to the building a peaceful and better world by educating youth through sport without discrimination of any kind, in a spirit of friendship, solidarity and fair play. 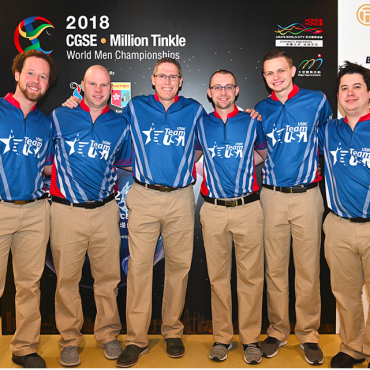 23rd November, Hong Kong: A total of 265 world-class men bowlers and 106 team officials from fourty-seven countries have converged in the city of Hong Kong, China for the 2018 [...]