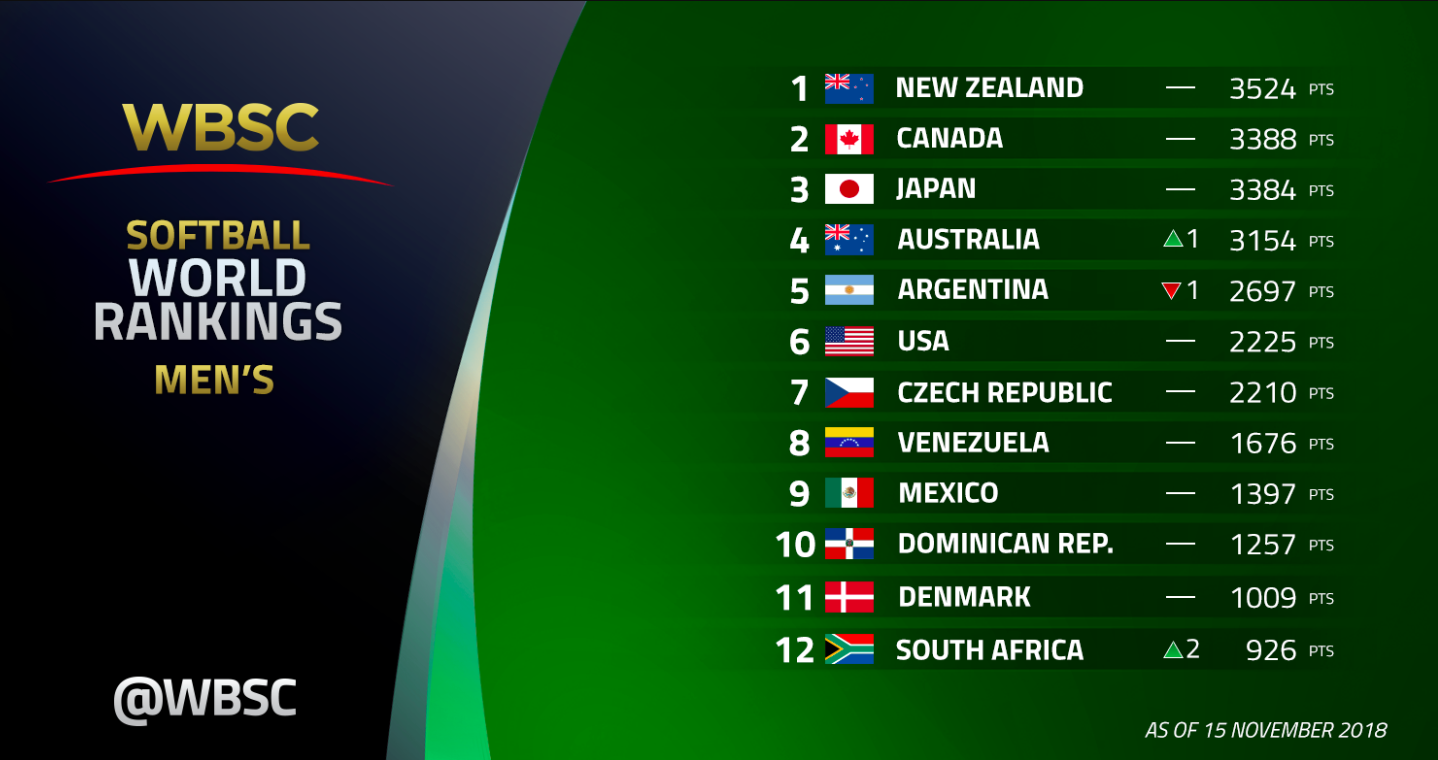 “The addition of 14 new countries to the Men’s Softball World Ranking is yet another example of the global reach of this discipline,” said WBSC Softball Division Chairman, Tommy Velazquez. “Half of these new nations come from Europe, a continent that will host the WBSC Men’s Softball World Cup 2019 for the first time in history; undoubtedly it will boost the growth of men’s softball around the world.”

All five Olympic continents — Africa, Americas, Asia, Europe and Oceania — have at least one representative featured within the Top 12 of the rankings — baseball/softball is one of the few global sports to have such a continental spread atop of the world rankings.

The top three positions in the rankings are held by countries from three different continents. Oceania’s New Zealand is still the top-ranked nation (3,524 points), followed by Americas-representative Canada (3,388 points) and Asian nation Japan (3,384 points), who trails the No. 2 spot by only four points.

Australia climbed one position to fourth in the world, behind the Aussies’ first-place finish at the WBSC Junior Men’s Softball World Championship 2018 in Prince Albert.

With ranking points having expired from the Junior Men’s Softball World Championship 2014, winner Argentina dropped one place and is now the fifth-ranked nation in the world.

No. 7 Czech Republic remains Europe’s top-ranked softball nation and sits only 15 points behind No. 6 United States. Both nations maintained their previous positions in the rankings.

Behind a 10th-place finish at the Junior Men’s Softball World Championship, South Africa advanced two spots to a historical high of 12th in the world, overtaking Botswana to become the top-ranked country in Africa. 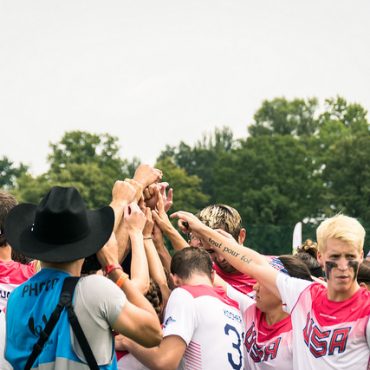 WFDF is pleased to announce that the WFDF 2019 Pan American Ultimate Championships (PAUC) will be hosted at the Sarasota Polo Club in Florida, USA from Sunday 3rd November to Friday [...]