IOSEBA FERNANDEZ IS THE FASTER SKATER IN THE WORLD ONCE AGAIN 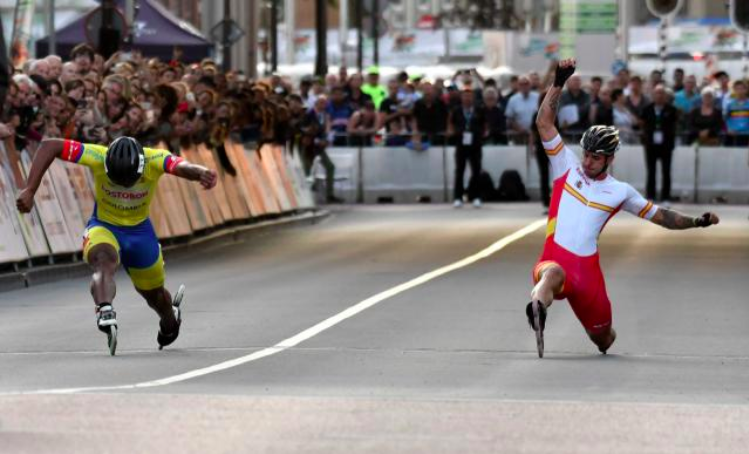 In the semi-final of the Sprint 100mts in Arnhem against Simon Albrecht -Germany, Ioseba Fernandez – Spain, won the chance to run for the Gold medal and in the meantime established the World Record at 9.684.

Ioseba Fernandez, receiving the confirmation of establishing a new record: “A great skater (Gregorio Duggento) told me once that records are not essential as any record will be beaten, whilst no one could take the world titles you conquered away from you. I don’t skate to establish world records, I skate to win. And I know that 9.68 is a very fast time but I know also that’s not enough and in one year we will see a faster time: I’m going to be faster, for sure!”

We asked Fernandez to send a message to the skaters involved in the YOG in less than one month: “I would like to remind them that they have to represent our sport, showing fair play and respect for the rivals, doing their best and being true sportingly examples for the Youth. Take this so exclusive opportunity! Live it! And get even more motivation for your athletic career!”

In the pic, Fernandez crossing the finish line before Edwin Estrada – Colombia, and winning the Gold Medal in the Sprint 100mt in Arnhem – Netherlands. 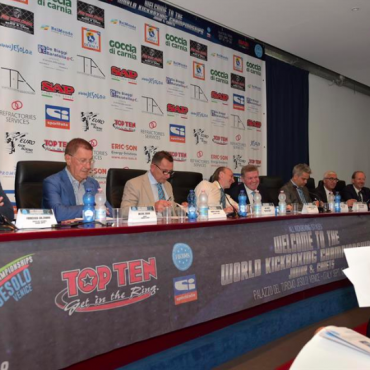 Official Start of the World Championships

Jesolo, September 2018 – From Saturday 15th to Sunday 23rd September the WAKO World Kickboxing Championships for Cadets and Juniors will be held at Palazzo del Turismo, Piazza Brescia 11, in Jesolo [...]