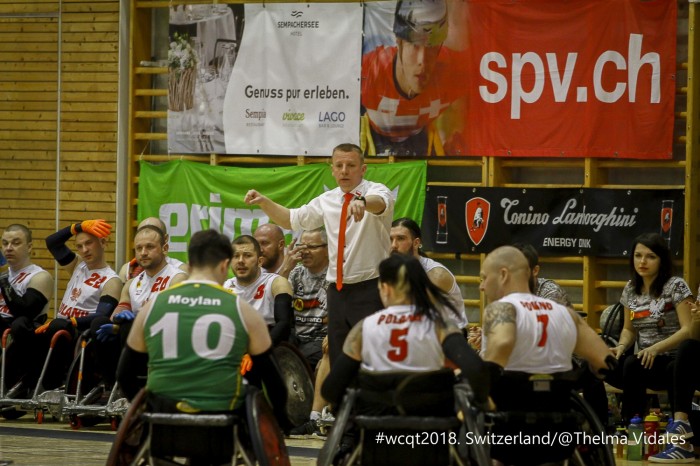 On this day 25 years ago, the International Wheelchair Rugby Federation (IWRF) was established.

Wheelchair rugby was initially regarded as “too slow, boring and low-scoring”, but a quarter of a century later and it’s one of most popular sports on the Paralympic program.

Inaugural president and founder of the IWRF, Pawel Zbieranowski is a big reason behind the sport’s success. He helped build the foundation to allow the organisation and sport to become what it is today.

On that same day, the first IWRF board of directors was elected, including Zbieranowski as its first president. This was a required step for the sport to continue to raise its profile and to apply to the IPC as a Paralympic Games sport.

In September 1995, Zbieranowski’s vision was realised when the IPC approved IWRFs application, and wheelchair rugby was added to the Atlanta 1996 Paralympic Games as a demonstration sport.

Four years after Atlanta 1996, wheelchair rugby debuted as a full medal sport at the Sydney 2000 Paralympics.

For Zbieranowski, it was the greatest achievement of his career and gave him a sense of fulfilment that all the hard work had paid off and the sport had finally received the recognition it deserved.

He finished his tenure as president in 2002, but is still very passionate about the sport and hopes to see it continue to flourish on the world stage.

“Being here and celebrating the 25th anniversary of the IWRF gives me a tremendous feeling of achievement,” Zbieranowski said.

“When I stepped down as IWRF president, Brad Mickelson from the US became the second president and he did a marvellous job in taking rugby to the next step.

“Now John Bishop from the US has done a marvelous job.

“I cannot find words that can describe the job he has done and how grateful I am for his achievements.

“The level of competition from a sport point-of-view is so great, but also from an organisation perspective, talking about venues, spectators who are coming, a level of support and sponsors.”

Below are some of Zbieranowski’s achievements: 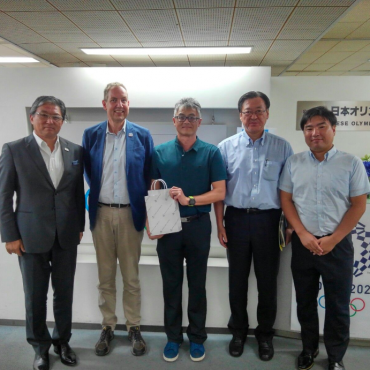 IKF President Jan Fransoo met earlier this week with representatives from the Japanese Olympic Committee and the Japanese World Games Association. They discussed the development of korfball in Japan and [...]