Lead, Speed, Overall Season Champions to be Crowned in China 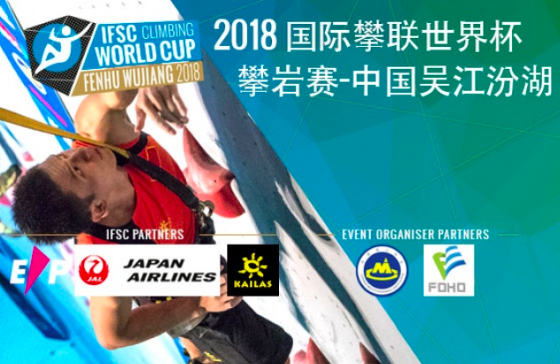 After months of world-class climbing at IFSC World Cups all around the globe, the Lead, Speed and Overall season podiums will soon be decided at the final events in Wujiang and Xiamen, China.
Three leaders in the IFSC World Cup season rankings can clinch season titles with one more victory this month. After five Lead events, two-time Lead season champion Janja Garnbret (SLO) again stands atop the Lead season rankings. The Lead world champion has yet to place below 2nd this year and doing so again will secure a third consecutive title. Both Garnbret and runner-up Jessica Pilz (AUT) have already guaranteed spots on the Lead season podium, and only Pilz can unseat Garnbret. Whatever the outcome, it will have been a memorable year for Pilz, who already became Lead world champion last month and has placed 1st or 2nd at all but one Lead event so far. Three-time Lead season champion Jain Kim (KOR) improved her chances at joining them on the Lead season podium by climbing highest at the most recent event in Kranj.

Pilz’s teammate Jakob Schubert (AUT) leads the season rankings among male athletes. One more victory this weekend or the following weekend would seal a third Lead season title for Schubert, but the men’s Lead world champion will have to best Stefano Ghisolfi (ITA) to do so. Qualifying for another final will land Ghisolfi on the Lead season podium, but the Kranj winner will have his sights set on the season title. Multiple athletes are competing for the last spot on the Lead season podium, including 2017 season champion Romain Desgranges (FRA) and Domen Skofic (SLO).

In Speed, last year’s season champion Anouck Jaubert (FRA) is on pace to defend her Speed season title. After six Speed events, Jaubert is the only female athlete to claim multiple victories, and she can stand atop a second consecutive season podium with another victory in China. Fast teams from Indonesia and Russia could change those plans. Mariia Krasavina (RUS) can secure a spot on the Speed season podium by placing 1st or 2nd at either event, and Iuliia Kaplina (RUS) is a strong contender to join them on the podium at season’s end. Aries Susanti Rahayu (INA), absent from the three previous Speed events, showed near record-breaking speed last time in China.

For the men, keep an eye on Speed leader Danyil Boldyrev (UKR). The former Speed season champion won the previous two Speed events and can clinch a spot on the season podium with one more victory. Reza Alipourshenazandifar (IRI), Bassa Mawem (FRA), Aleksandr Shikov (RUS) and Dmitrii Timofeev (RUS) have also raced to Speed victories this season. The full list of starting athletes and more information can be found on the Wujiangand Xiamen event pages.

This year, the Overall season titles are decided by a new calculation. Athletes competing in two or more Bouldering, Lead and Speed events are given rankings points based on their relative ranking against one another at counting events. Their top two events per discipline are counted, and the six ranking points are multiplied. Currently, teammates Tomoa Narasaki and Miho Nonaka (JPN) lead the Overall season ranking, but more athletes could enter the ranks in China. 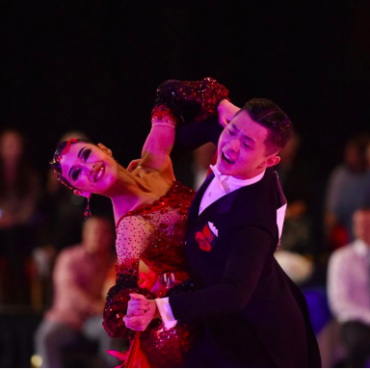 By Michelle Blank The 3rd annual American DanceSport Festival has now officially come to a close! From the evening of Friday the 12th to this day of Monday the 15th of October, the [...]