Official Start of the World Championships 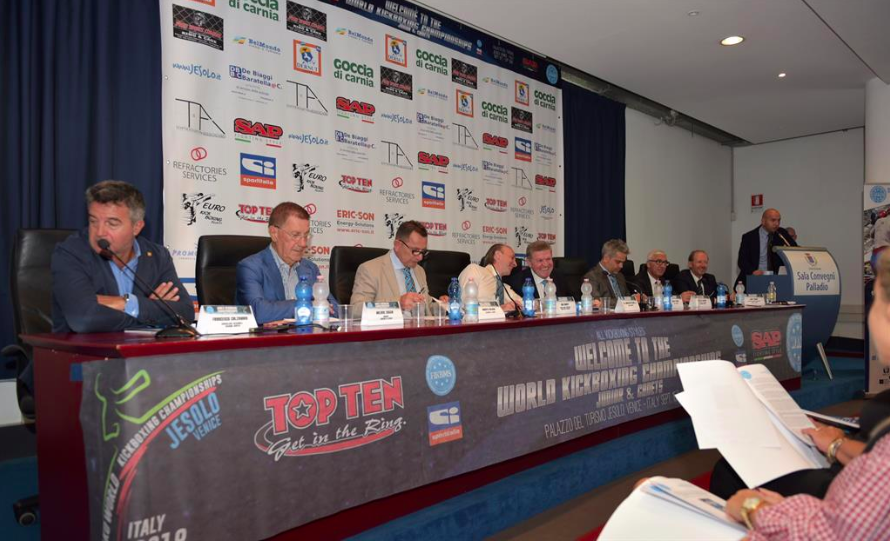 Jesolo, September 2018 – From Saturday 15th to Sunday 23rd September the WAKO World Kickboxing Championships for Cadets and Juniors will be held at Palazzo del Turismo, Piazza Brescia 11, in Jesolo (Italy). One of the most important events of martial arts in the world, the event is organized by ASD Euro Kickboxing Chioggia (VE), with the collaboration of F.I.KBMS (Federazione Italiana Kickboxing, Muay Thai, Savate, Shoot Boxe and Sambo) and it is supported by the town of Jesolo, Metropolitan City of Venice, Veneto Region and CONI.

“It’s been 4 years since a very successful World Championships in Rimini in 2014, and we are delighted to finally return to Italy – WAKO President Borislav Pelevic declares – this occasion coincides with being the 12th edition of the Juniors and the 8th year for the Cadets World Championship, which is the most important biannual event on the WAKO calendar for all the kickboxing disciplines (3 ring sports: Full contact, Low Kick and K-1, and 4 tatami sports: Point Fighting, Light Contact, Kick Light and Musical Forms. This is an impressive record number of registered participants and of countries attending. Certainly the event has risen so much interest because of the fact that it is organized in Italy, with memories of previous successful Championships hosted by the professionalism of the Italian Federation for kickboxing.”

Competing for the title of World Champion on 3 rings and 8 tatamis in the Palazzo del Turismo of Jesolo 2.300 entries from fighters between 10 and 18 years old of age, coming from 64 countries belonging to all the five continents, with 3.500 people in the local territory including coaches, officials, referees and supporters.

One of the biggest delegation is certainly Italy. The national team is composed by 145 young athletes, among them 19 come from Veneto Region. The objective is to do the best, have fun, and to finish among the top ranked countries, like in the previous World Championships in Dublin in 2016, when Italy finished in third place.

“We are confident and optimistic – Donato Milano, President of the Italian Kickboxing Muay Thai Savate Shoot Boxe and Sambo Federation comments – our team managers and coaching staff involved, have done an excellent job in the last years for the preparation of this important Championship. I take this opportunity to thank them, moreover I know that there will be many supporters that the Italian team can benefit from their warmth, love and positive energy specially being on home soil throughout the Championship.”

Hosting the World kickboxing Championships the town of Jesolo and the regional territory prove to be more and more the ideal places for the organization of such big sport events.

“Jesolo is proud to host the World kickboxing Championships, with all the excitement that the sport bring – the Mayor of Jesolo Valerio Zoggia comments. This is a big occasion for the entire city that continues to demonstrate that Jesolo is the first choice for important sporting events, thanks to the modern and well equipped facilities as well as being a very attractive tourist location. Due to this important event with such large participation of athletes, this Championship has all the right cards to make the town of Jesolo an even more popular and attractive place in other foreign countries.”

“This World Kickboxing Championship is the icing on the cake for our town to close our summer season that has seen sport being a huge part – includes the Director of Sport of Jesolo, Mrs. Esterina Idra – We look at this Championship with big interest knowing that we can improve and promote sporting disciplines for our local youth.”

SAP Fighting Style and TOP TEN are the official technical sponsors of the event, that will supply all the protective equipment that the athletes will use in the finals, scheduled for Friday 21st and Saturday 22nd September, 2018.
The Opening ceremony will take place on Tuesday 18th September from 10:00 am to 11:00 am with a showcase from the FIDS National Cheerleading team.

All the events throughout the Championship are free of charge to the public. 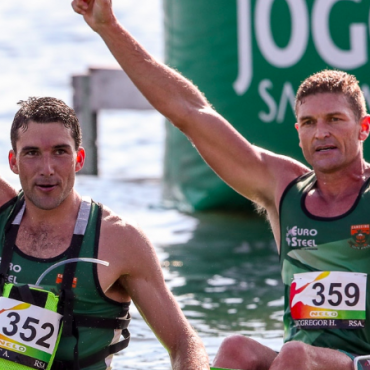 ICFMEDIA Renata Csay and Hank McGregor are the two biggest names in canoe marathon history, and on Sunday they added another gold medal to their healthy collection. This time they [...]