In early 2018 the International Canoe Federation began a partnership with Cleanseas.org, building a relationship with the IOC and the UN Environmental department to help raise awareness of the catastrophic problem of single use plastic in the waterways around the world.

The ICF is excited to announce that in partnership with this program, two-time Olympian Mike Dawson (NZL) will paddle for change by leading an international team on an expedition to complete the first full descent of the Kwanza River Gorge near Dondo township in Angola.

Dawson will be joined by Brazilian Olympian Pedro Goncalves, South African Dewet Michau and Jake Holland (UK). The expedition will begin in Zambia as the team trains on the Zambezi River before heading 2500km across West Africa into Angola.

Dawson and the team will be documenting the journey extensively to raise awareness of the single use environmental disaster currently effecting the planet.

“It’s present across every country in the world, and it’s not until you go to a country that doesn’t have the best recycling or waste system that you can understand the magnitude of the problem.”

Every year about 300,000,000 tonnes of plastic waste end up in the ocean. The ICF has recognised this, and taken action to help canoe sports become environmentally sustainable. It is currently looking at progressive initiatives to bring change within canoe sports worldwide.

The ICF hopes that by being a change maker in this space they will be able to encourage other International Federations to join the movement.

“My paddling expeditions have provided me a unique opportunity to witness and enjoy the most beautiful rivers and places on the planet, but at the same time showed me first-hand how we are polluting and destroying our environment,” Dawson said.

“We need to encourage change. There’s nothing more heart breaking that paddling down a pristine remote waterway and discovering a ton of pollution.” 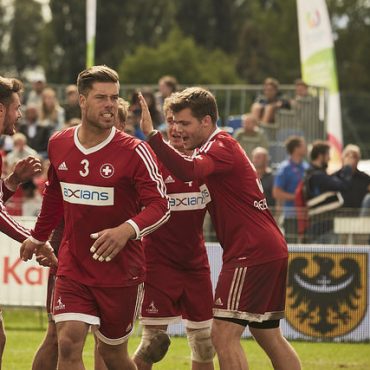 JÖRN VERLEGER The IFA Fistball World Tour Finals will be carried out in Salzburg, Austria from Friday, 13 September to Sunday, 15 September. For the second time after 2018, these [...]