Successful conclusion to the South American muaythai Championships in Ecuador

Twelve South American federations sent athletes to compete at the South American Championships in Quito, Ecuador this week. Supported by the Minister of Sport, the event was a real treat for local fans who got to see the ever-increasing amateur muaythai standard in this region.

The President of Ecuador Muaythai Raymon Baquerizo said it was a successful tournament both for the Ecuadoran team who topped the medal table, but more so for the sport of muaythai in the area.

He said: “Thank you to the Athletic Commission of Ecuador and Carlos Vargas for giving us so much support, and doing an excellent job. A special thank you to the Ministry for Sport for all the help and collaboration, it was excellent to work with you on the promotion of muaythai.”  He thanked Mr Jose Carrasco, public officer with the Ministry of Sport for attending and awarding medals to the winning athletes.

Mr Baquerizo added: ” Thank you to all of the teams for joining us here. I congratulate the Ecuador team for taking part so well, it was not easy for them. And their success is down to teamwork and cooperation between all the muaythai schools in this country.”

The event logo shows an Andean Condor with his wings raised in the traditional ” wai ” mean way to show respect taken direct from Thai culture. Traditionally athletes wai each other and the referee at the completion of a bout.

Respect for your opponent, a key part of muaythai culture
The medal table (below) shows the top five nations as Ecuador, Argentina, Peru, Mexico and Colombia. Athletes competed in mens, womens and junior divisions.

Mexico recently hosted the IFMA World Championships, the first time the muaythai world travelled to the South American region. And as Elisa Salinas, head of the Mexican Federation had hoped, this event is already inspiring other federations with ways to develop the sport in this area.

Colombia muaythai only joined the muaythai family last year, attending the Pan-American Championships for the first time in Mexico. David Gonzalez said he was very pleased with the team who were mainly younger athletes for this event. They sent seven athletes, and won five medals.

Argentina placed second, winning six gold medals and a total of 11 medals in both mens and womens divisions. President Miguel Capra  said: “Congratulations to all the team, the boys and the girls who competed and their coaches. Second place is something to be enjoyed. We keep growing and hope to go for more the next time.

“And of course we are now preparing for the Pan-American Championships which will be in Argentina from 13 to 17 December.” 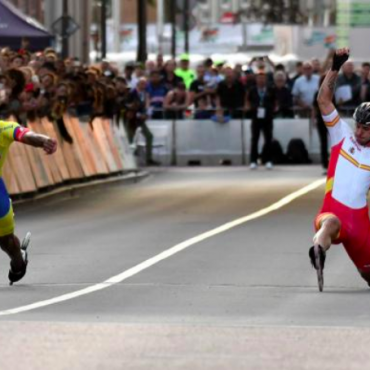 IOSEBA FERNANDEZ IS THE FASTER SKATER IN THE WORLD ONCE AGAIN

In the semi-final of the Sprint 100mts in Arnhem against Simon Albrecht -Germany, Ioseba Fernandez – Spain, won the chance to run for the Gold medal and in the meantime [...]