USA Women’s Softball National Team completed the 2018 season with a 4-0 victory over Japan, to claim the Japan Cup. Monica Abbott pitched a complete game, 2-hit shutout, while Amanda Chidester and Delaney Spaulding each blasted two-run home runs in the final game of the tournament.

The U.S. got on the board and never looked back in the top of the fourth inning. A two out walk to Valerie Arioto put one on with two outs for Spaulding. On her first pitch Spaulding drove a ball over the right field fence for a two-run blast and put the U.S. up 2-0.

Chidester added to the lead in the top of the fifth inning with her two-run shot. Aubree Munro doubled with a fly ball to center with one out and two batters later Chidester drilled the ball over the fence, making it a four-run game for the Americans. 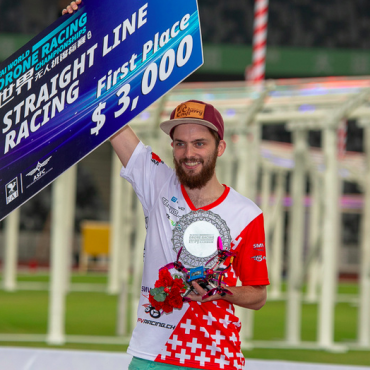 Congratulations to Switzerland’s Timothy Trowbridge: holder of the new FAI world record for speed over 100m with a racing drone*. The racing star hit an average speed of 114.2382 km/h across two [...]