The game of Archery uses a stringed bow to propel an arrow toward a target with the goal of being as close to the center of the target as possible. There are three disciplines of Archery offered in The World Games: Target and Field, including Recurve and Field Barebow.

In Target, there is a ranking round and elimination round. The ranking round consists of all athletes shooting 72 arrows at a distance of 50m with an 80cm single target face. The highest score that can be achieved with one arrow is 10 points. The lowest score is five points. The highest scorer will be ranked number 1, the second-highest scorer will be ranked number 2, and so on, until all athletes are ranked.  Athletes will then be paired into a head-to-head elimination draw. During the elimination round, athletes shoot 15 arrows in five ends of three arrows. The athlete with the highest 15-arrow score wins the match and advances.

In Field Archery, the difference between Recurve and Barebow is the type of bow used. There is a qualification round and elimination round. The qualification round consists of 12 unmarked and 12 marked targets being shot. Athletes shoot three arrows at each target; six points is the maximum that can be scored with one arrow. All athletes will shoot on an unmarked course of 12 targets, meaning that they must use their skill to guess the distance, size and shooting angle of each target. After shooting at the unmarked targets, athletes will be ranked and re-grouped according to the ranking they have achieved from the points they have accumulated. The same athletes will then shoot a course of 12 marked targets — meaning the distance and target size will be known. At the conclusion of the 24 targets, all athletes will be ranked from 1-12 according to the amount of points they have accumulated. In the elimination round, athletes ranked number 1 and 2 are protected from the early elimination rounds and will proceed directly to the semi-finals. The remaining 10 athletes will be placed in two “pool groups” and will compete for the remaining two semifinal spaces. The winning athletes will be paired with their semifinal opponent and shoot a head-to-head match of three arrows each, over four separate distances.  The athlete with the highest score will progress to the gold medal match; the losing semifinalist will shoot for the bronze medal. 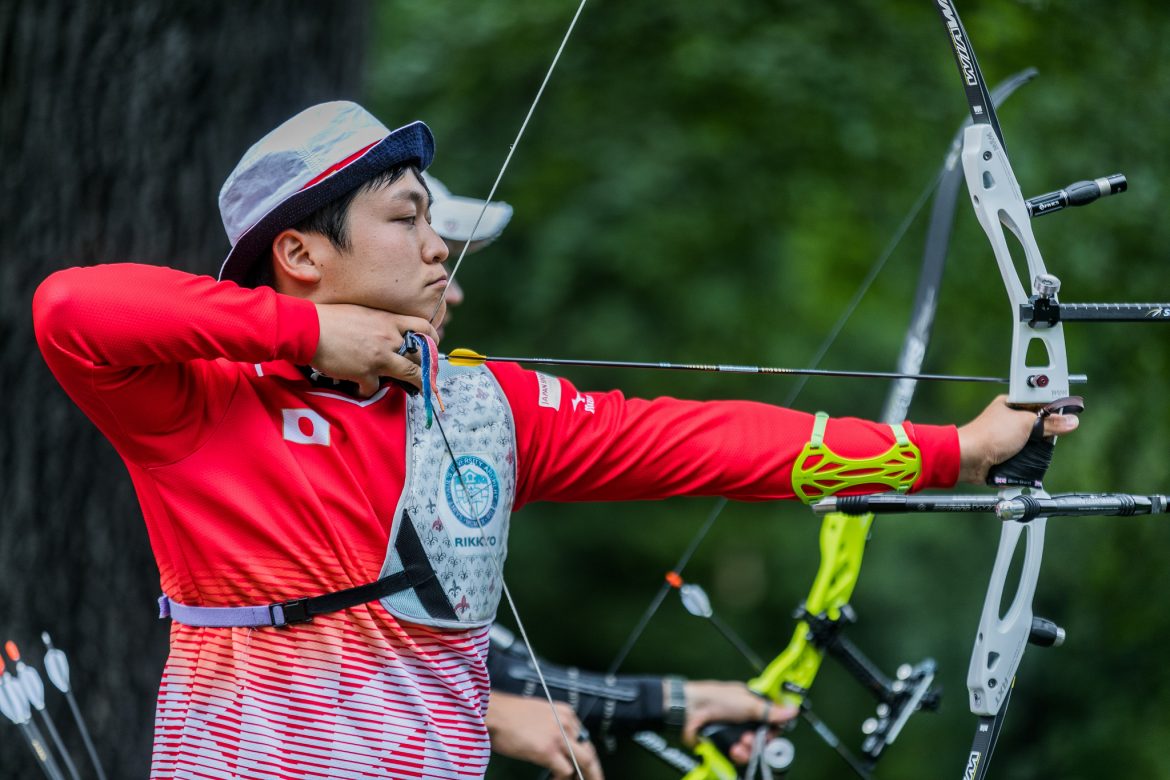 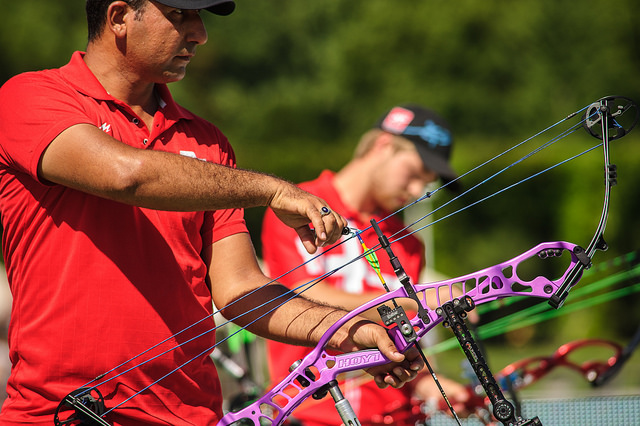 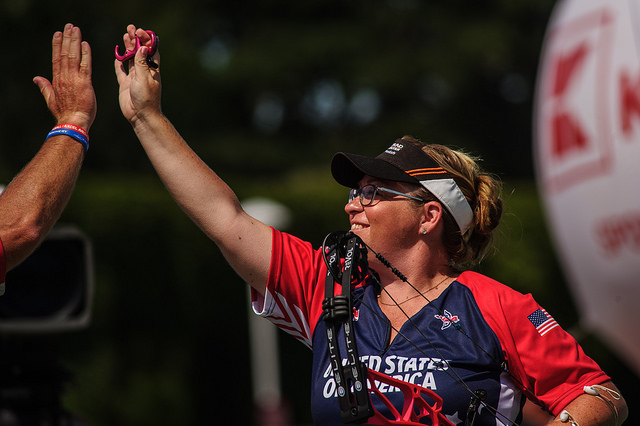 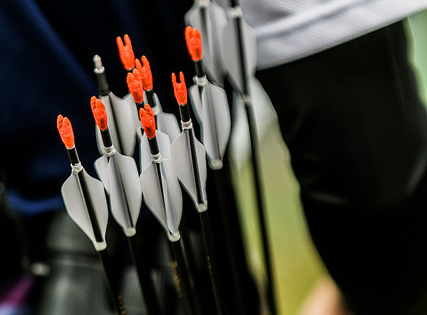 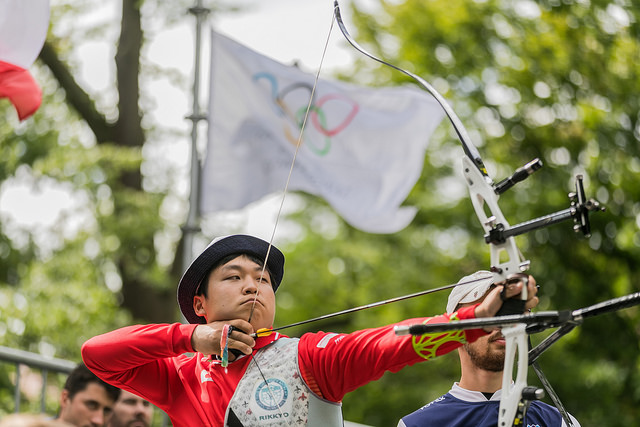 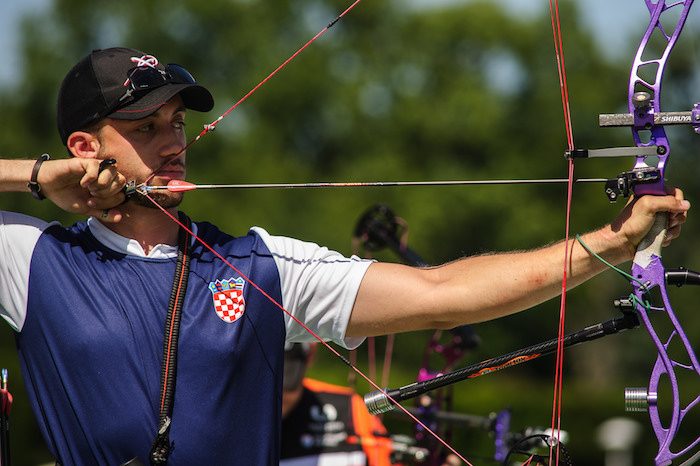 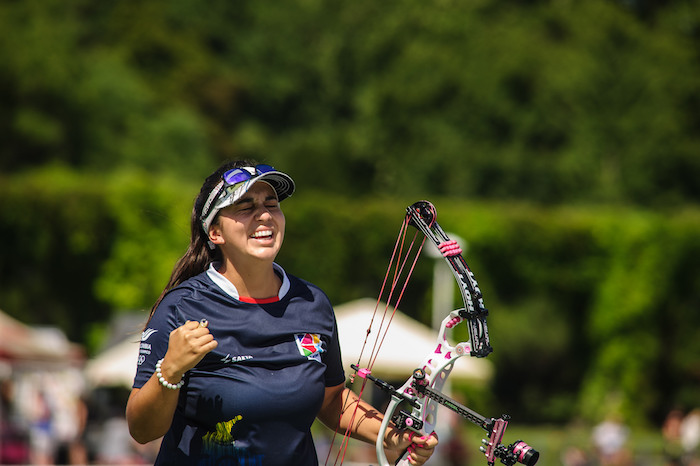 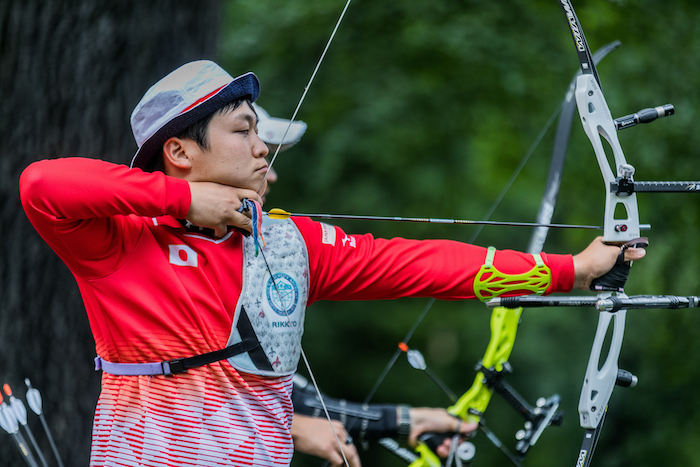 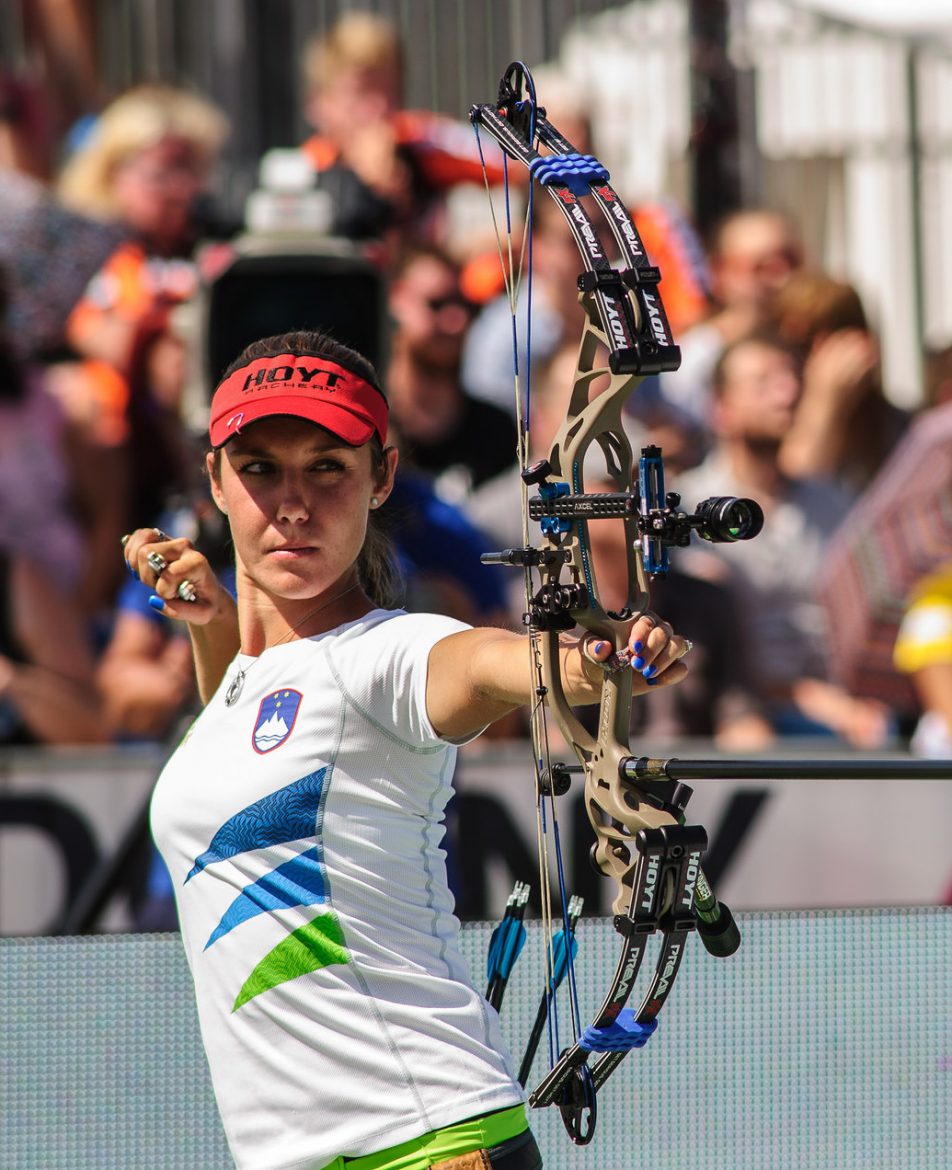 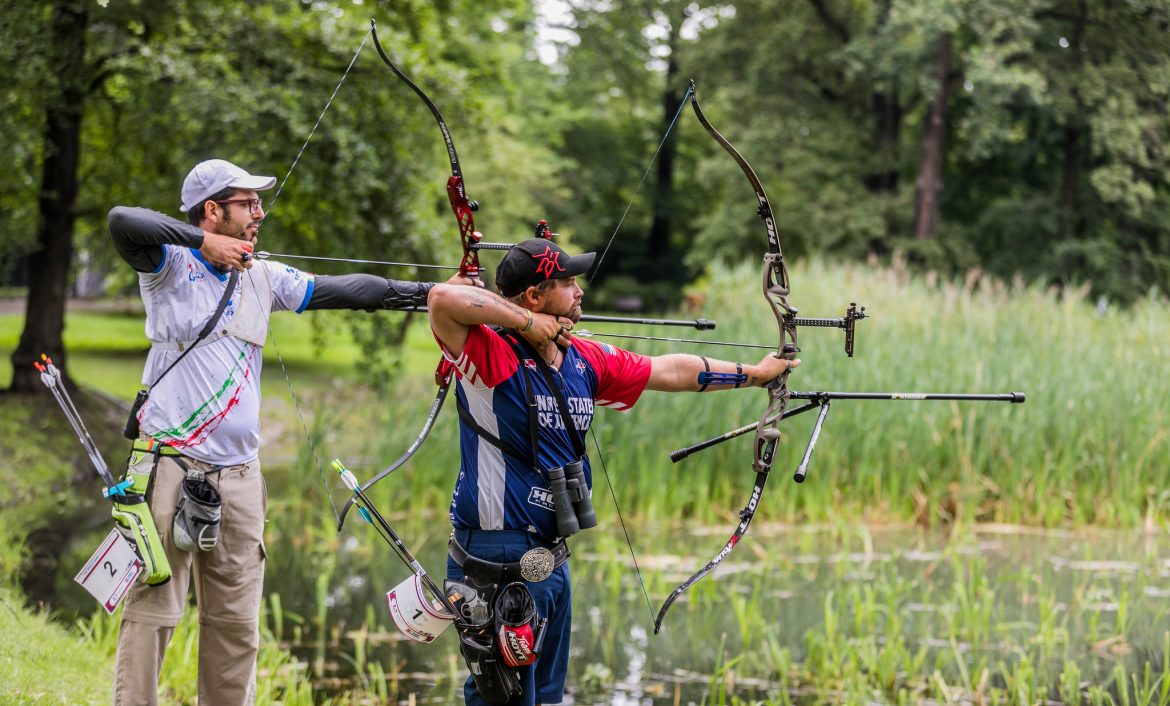