Billiards are a cue-sport generally played with a cue-stick, used to strike billiard balls and cause them to move around a cloth-covered billiards table bounded by elastic bumpers (cushions). There are three disciplines of Billiards offered in The World Games: Carom – 3 Cushion, Pool – 9 Ball and Snooker.

In Carom, the game is played on a 1.5 x 3 meter playing area, which does not have pockets, only cushions. There are three spotted balls used: a white, yellow and red ball. One opponent uses the white ball as their cue ball and the other opponent uses the yellow. The red is neutral. To score a point, a player’s cue ball must contact three or more cushions and also contact both of the other two balls in one shot. The last ball must not be contacted until a combination of three or more rails and the first object ball have been contacted. This counts as one point, regardless of how the point is made. Either of the other two balls may be contacted first; it does not matter which one, it is up to the player. The player continues to play until he misses. The match is played to 40 points with equalizing innings.

In 9-Ball Pool, the game is played on a 9 x 4.6 foot playing area, with six pocket holes, using 9 object balls and a cue ball. All object balls are different colors and are numbered one through nine. The objective of the game is to legally pocket the 9-ball to win. The balls are played in numerical order, commencing with the 1-ball, then the 2-ball, and so on. It is important to note that provided that the cue ball has first contact with lowest number ball, any other ball(s) that is pocketed will count and the player will continue to play. If the other ball happens to be the 9-ball, then the player has won that particular rack (game).

In Snooker, the game is played on a 11.8 x 5.10 foot playing area, with six pocket holes. There is one cue-ball, 15 red balls, and six colored balls. When there are still red balls on the table, the player’s first shot on every turn must be to hit a red with the cue-ball. If they pocket that red, then they score one point and their next shot may be any of the other colored balls The red stays in the pocket. If they pocket that color, then they score the value of the color and their next shot must be a red. The color goes back on its own spot. If they fail to pocket a ball, or if they foul, then their turn is ended and their opponent will play. When all red balls are gone, the colored balls are pocketed in order and stay in the pocket. The player with the most points once all the balls are pocketed, wins. 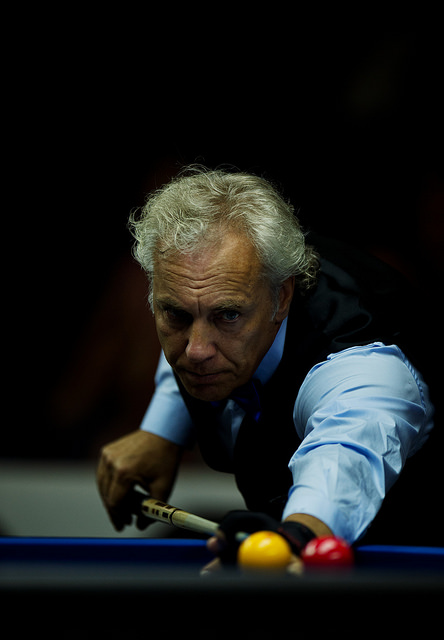 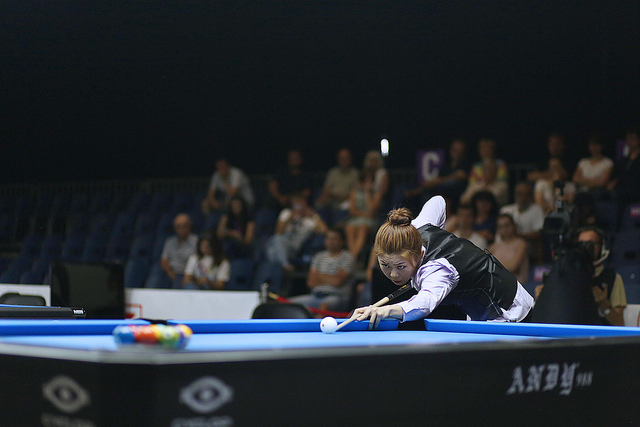 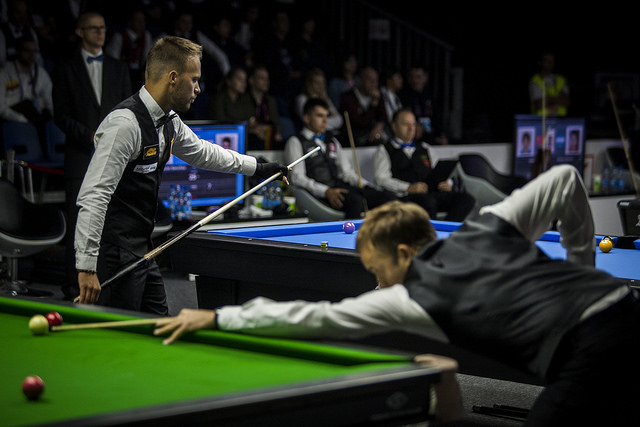 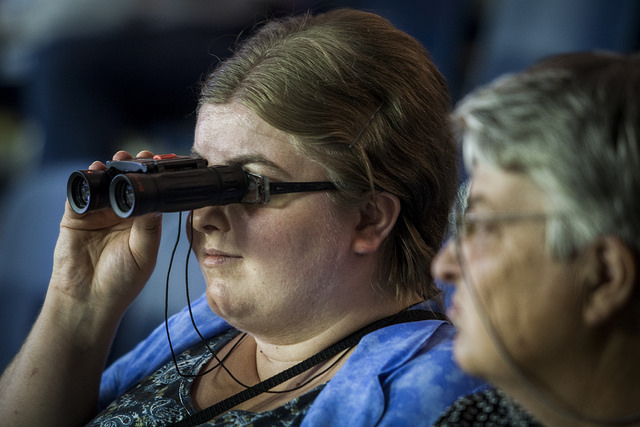 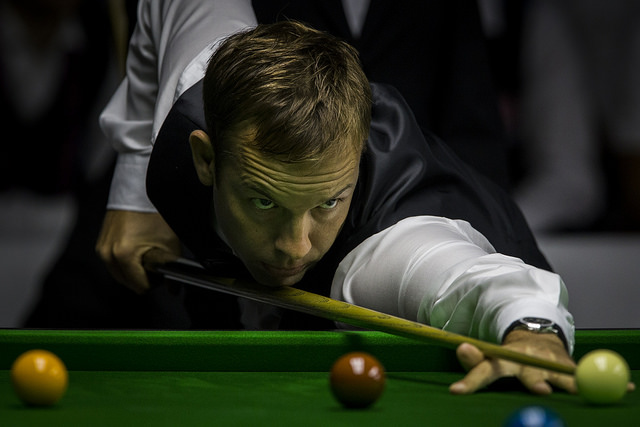 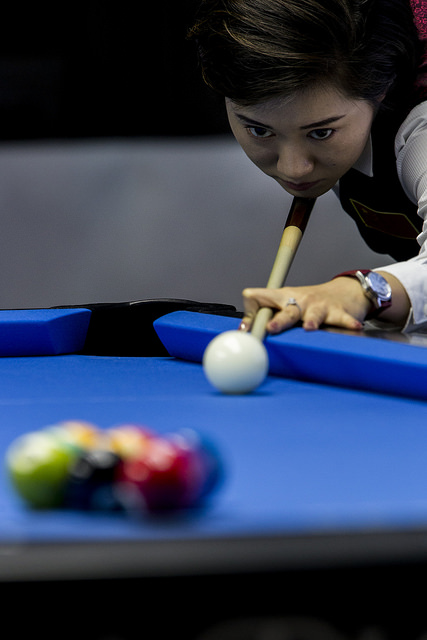 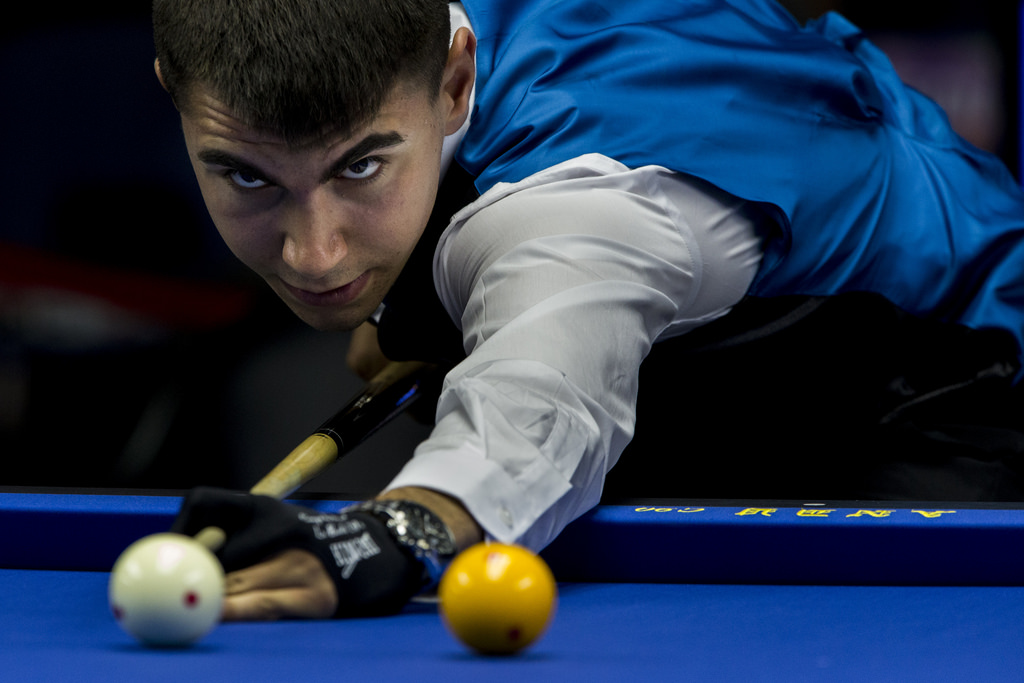