Fistball is a sport similar to volleyball. Two teams consisting of 5 players play on a court divided into two halves by a marked line and a net at a height of 2 meters for men and 1.90 meters for women. Each team’s aim is to strike the ball across the net in a way that the opponent fails to return. Each failed return by a team counts as a point for the opponent. A team can win by scoring 11 points (at a difference of at least two points). The winner of the game is the team that has won three or four sets (depending on the amount of matches per day). The ball is struck with a player’s fist or arm, but never with open hand. After clearing the net, the ball may be contacted up to three times, with a bounce being permissible before each contact, but no repeat hits by any individual player are allowed within the three attempts. 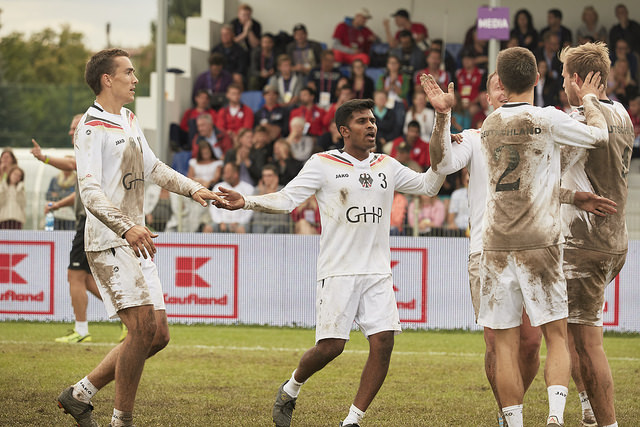 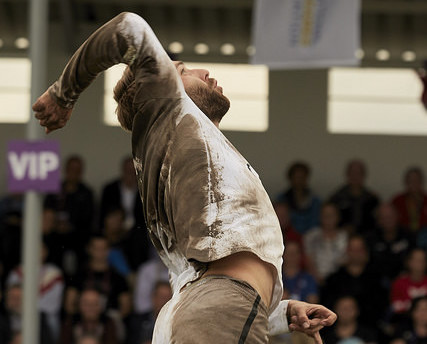 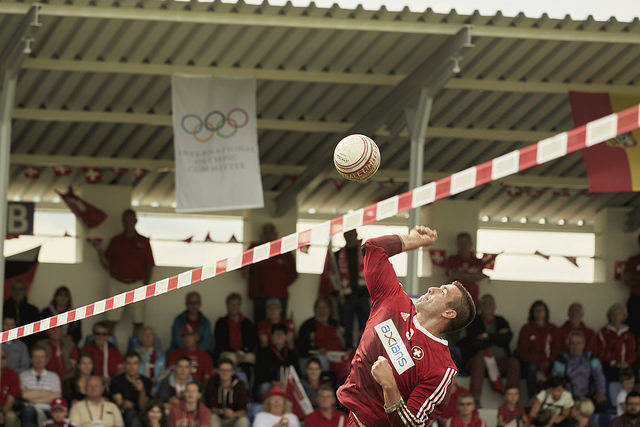 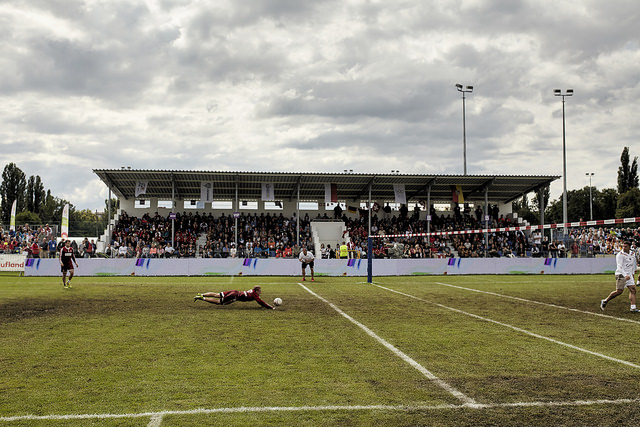 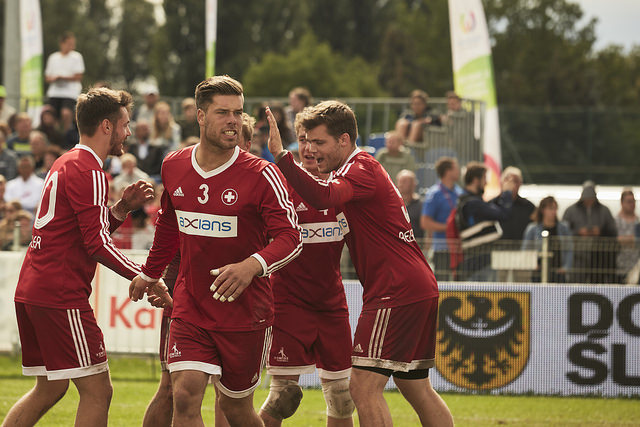 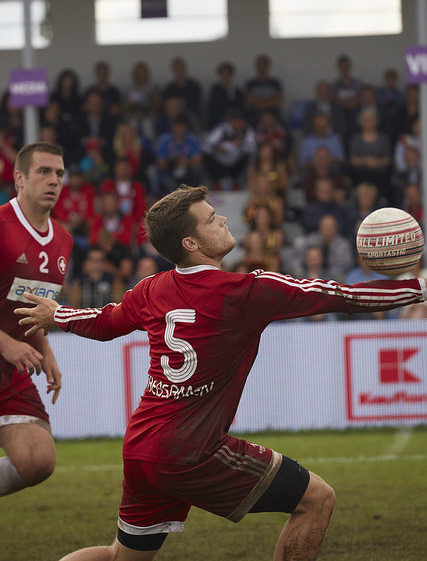