Floorball is a type of floor hockey in which two teams maneuver a ball into the opponent’s goal using a stick. There are five players and a goalkeeper on each team. Checking is prohibited, but controlled shoulder-to-shoulder contact is allowed. Pushing players without the ball or competing for a loose ball is not allowed. Players cannot lift another opponent’s stick or perform any stick infractions in order to reach the ball. Players may not raise their stick or play the ball above their knee level, and a stick cannot be placed between a player’s legs. Players can not touch the ball with their hands or head. While it is permissible to foot pass the ball to a teammate, a player cannot kick the ball twice in a row. 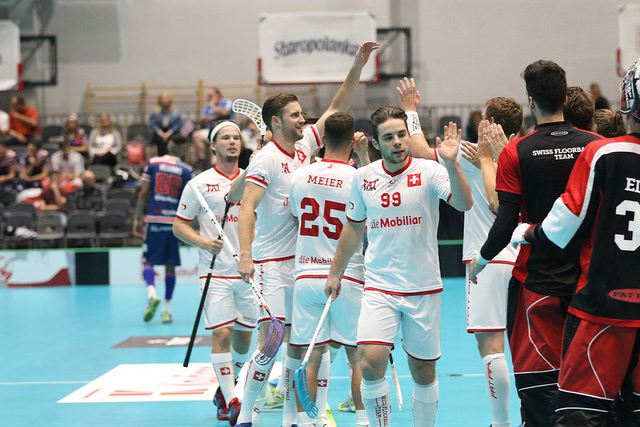 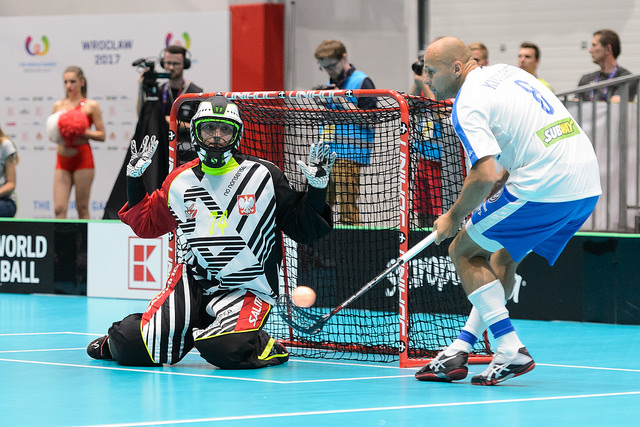 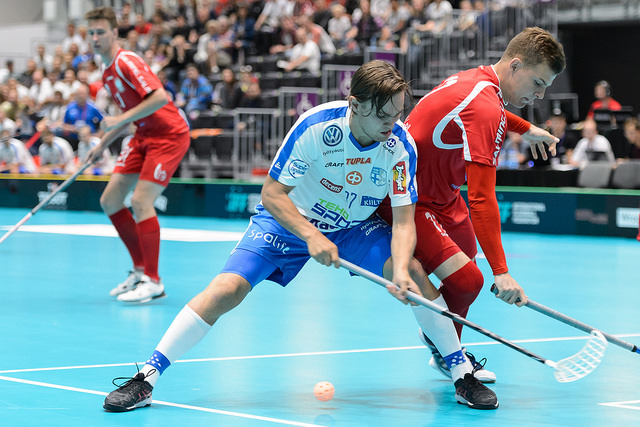 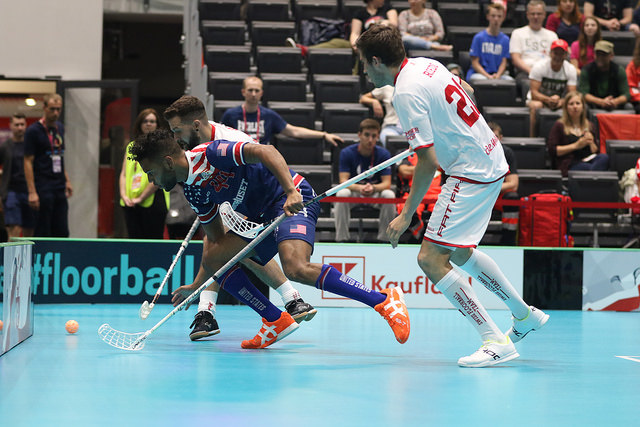 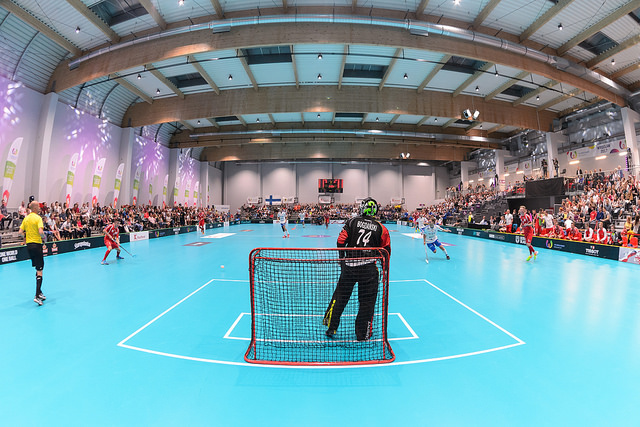 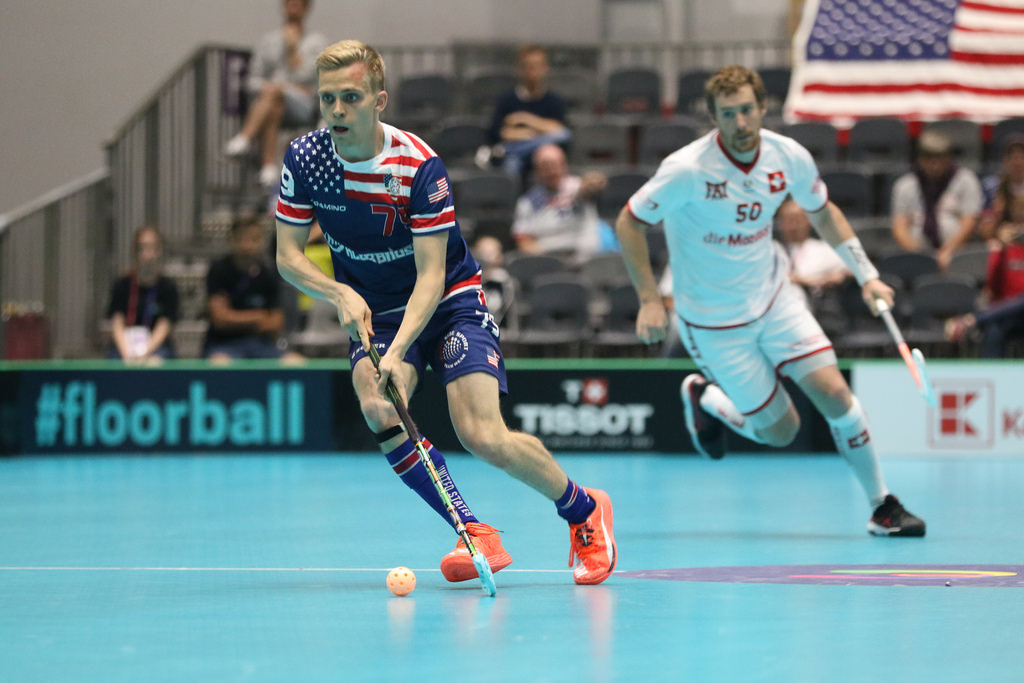