Muaythai is a combat sport that utilizes stand-up striking along with various clinching techniques. It is known as the “Art of Eight Limbs” because it is characterized by the combined use of fists, elbows, knees and shins. Muaythai is often a fighting art of attrition, where opponents exchange blows with one another. Almost all techniques in muaythai use the entire body movement, rotating the hip with each kick, punch, elbow and block. The fighting ring and gloves used are similar to boxing. Points are awarded when an athlete hits an opponent by punching, kicking, kneeing or elbowing with force and landing on target, with no infringements of blocking or guarding. Ten points are awarded for each round. At the end of each round, the better athlete receives 10 points. If athletes are equal in merit, both receive 10 points. 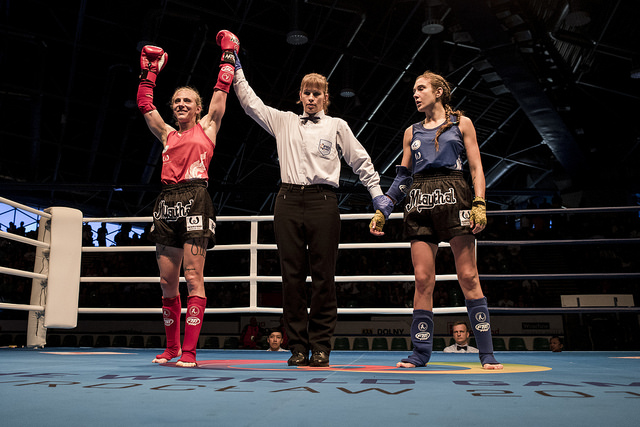 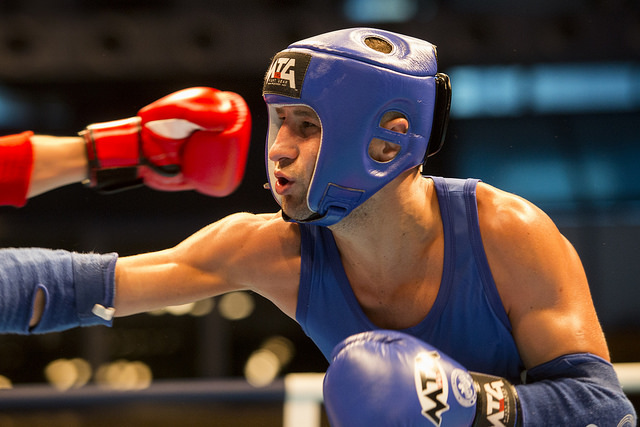 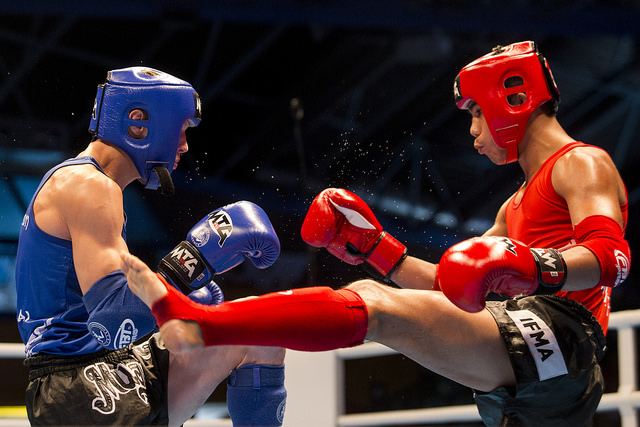 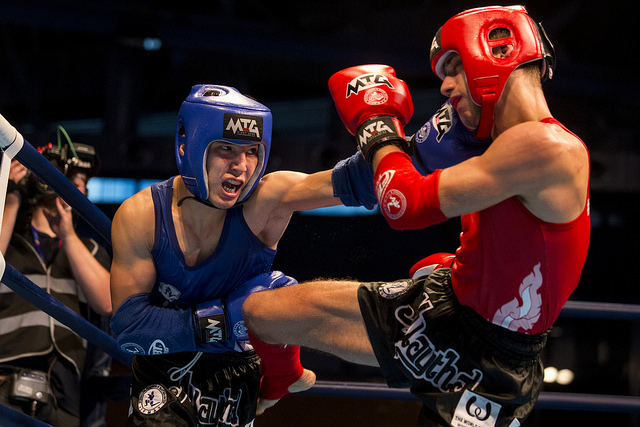 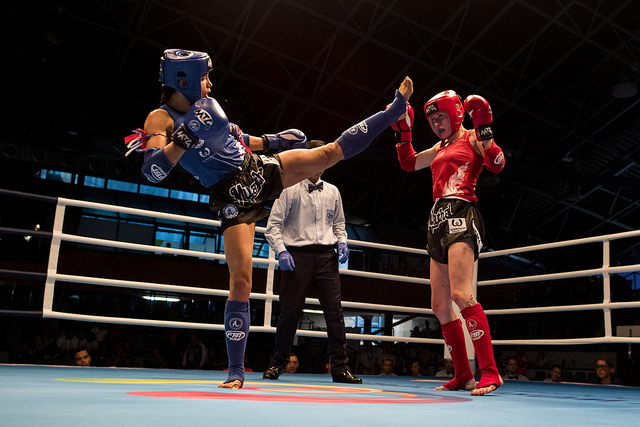