Powerlifting is a strength sport that consists of three attempts on three lifts: squat, bench press and deadlift. An athlete attempts a maximum weight single lift of a barbell loaded with weight plates.

In squat, the lift starts with the lifter standing erect and the bar loaded with weights resting on the lifter’s shoulders. At the referee’s command, the lift begins. The lifter creates a break in the hips, bends their knees and drops into a squatting position with the hip crease (the top surface of the leg) below the top of the knee. The lifter then returns to an erect position. At the referee’s command, the bar is returned to the rack and the lift is completed.

In bench, with the lifter’s back resting on the bench, the athlete takes the loaded bar at arm’s length. The lifter then lowers the bar to the chest. When the bar becomes motionless on the chest, the referee gives a press command. The lifter will press the bar to straight arm’s length and hold motionless. Then the referee will call “rack” and the lift is completed as the weight is returned.

In deadlift, the lifter grasps the loaded bar which is resting on the platform floor. The lifter pulls the weights off the floor and assumes an erect position. The knees must be locked and the shoulders held back. At the referee’s command, the bar will be returned to the floor under the control of the lifter. 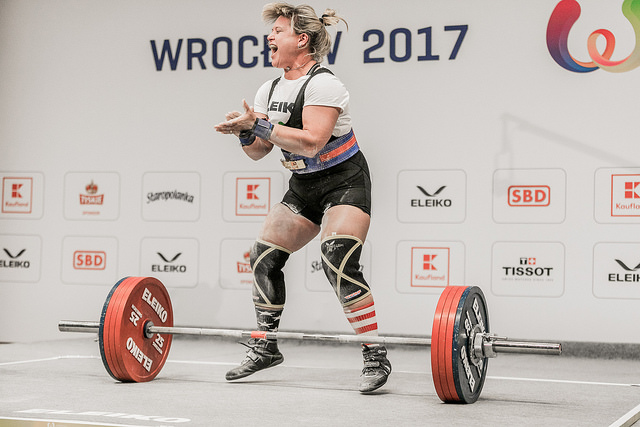 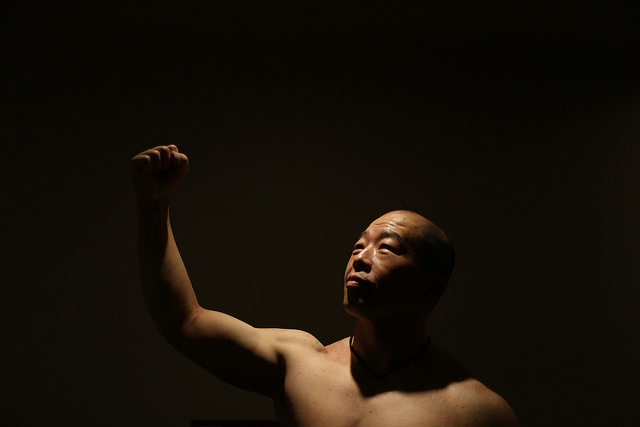 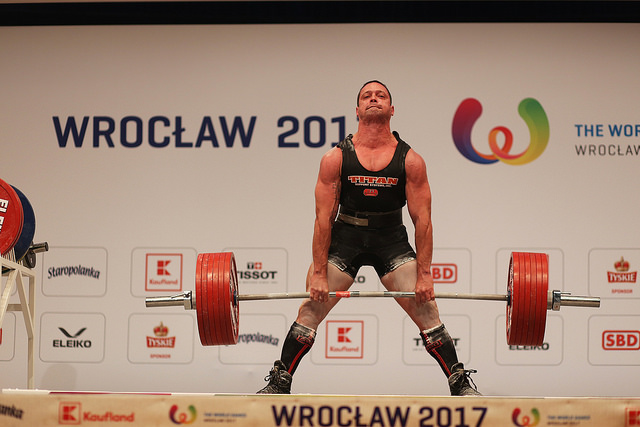 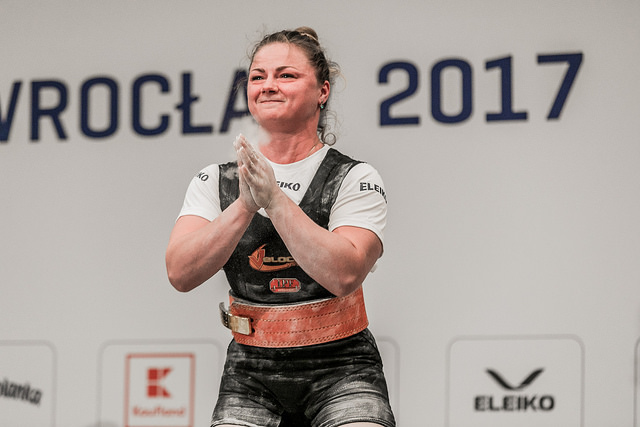 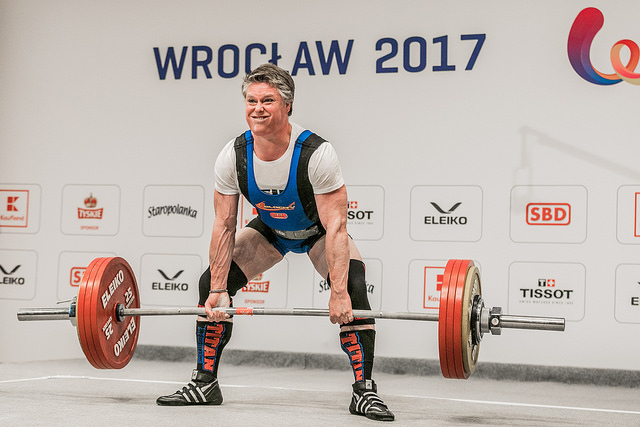 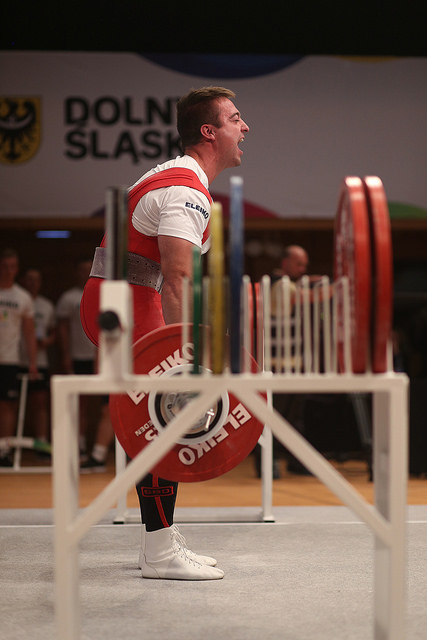 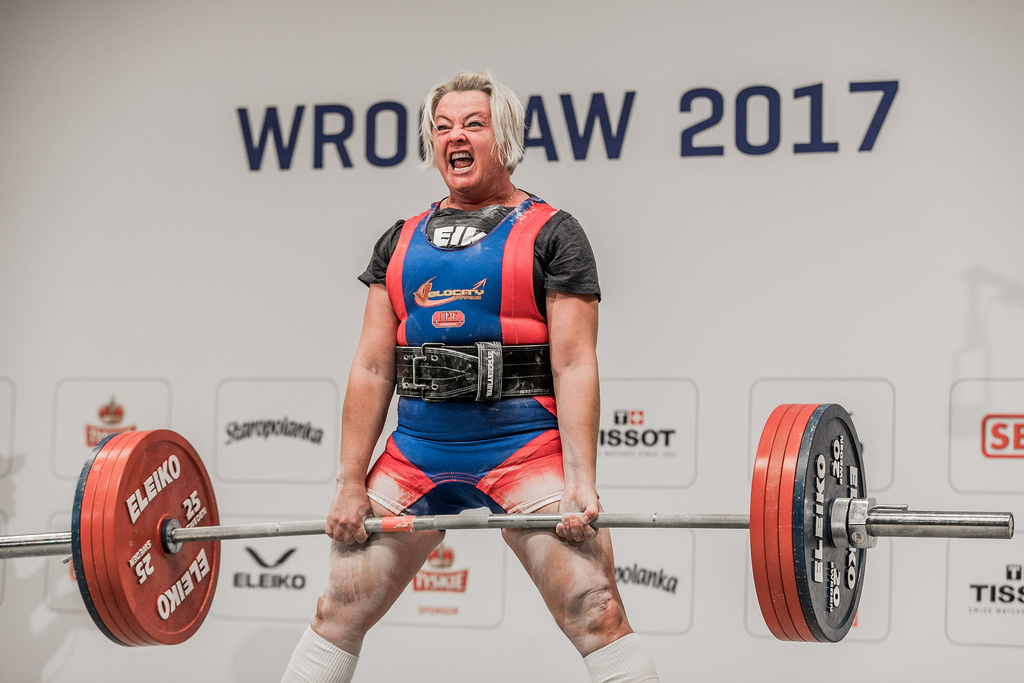