Racquetball is played with a hollow rubber ball. The court’s walls, floor, and ceiling are legal playing surfaces. As play begins, the serving player must bounce the ball on the floor once and hit it directly to the front wall, ensuring that the ball hits the floor beyond the short line. The ball may touch one side wall — but not two — prior to hitting the floor. After the ball bounces behind the short line or passes the receiving line, the ball is in play. Players alternate hitting the ball against the front wall. The player returning the hit may allow the ball to bounce once on the floor, or hit the ball on the fly. However, once the player returning the shot has hit the ball, it must strike the front wall before striking the floor. Unlike the serve, a ball in play may touch as many walls — including the ceiling — as necessary, so long as it reaches the front wall without striking the floor. If the server wins the rally, then the server scores one point and continues to serve. If the opposing player wins the rally, then that player scores one point and assumes the serving position. A match is won by the first side winning the best of 5 games. If one player wins the first three games, no additional games are indicated. The first four games are played to 15 points and the last game (the tiebreaker, as necessary) is played to 11 points. In the fifth game, the winner must win by 2 points. 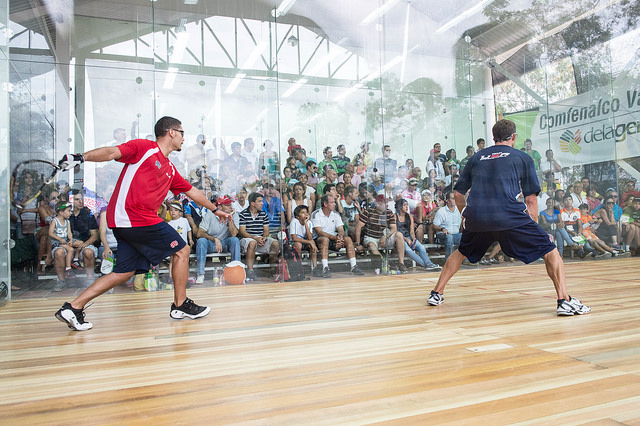 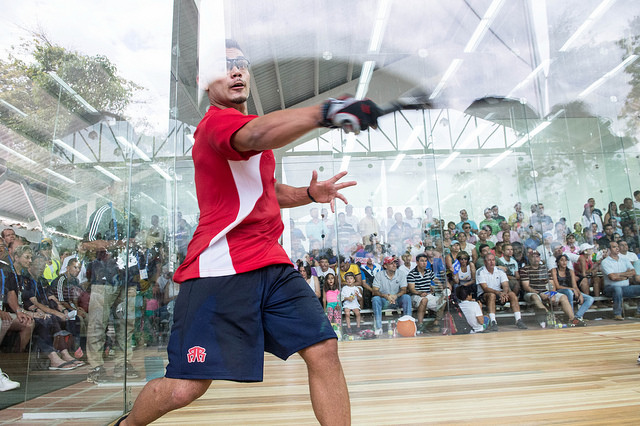 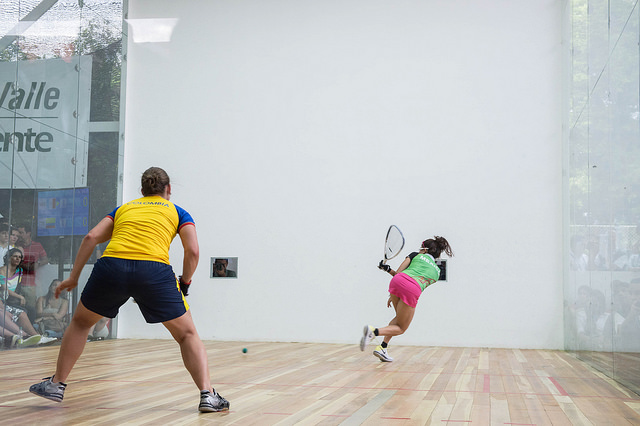 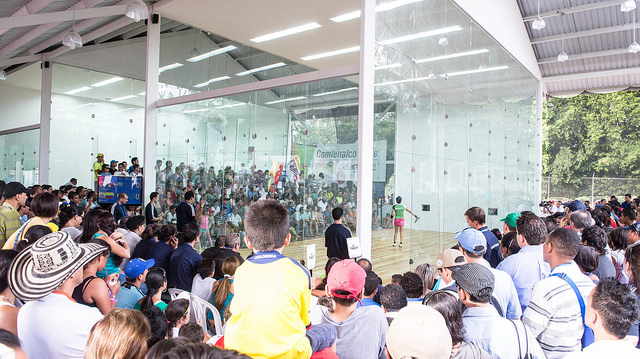 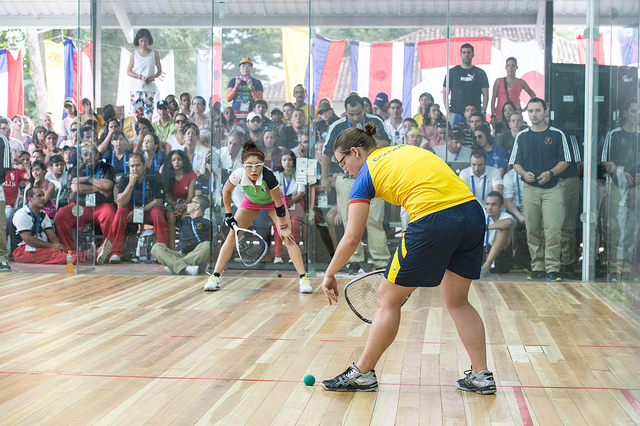