Sport Climbing is a form of rock climbing that takes place on artificial structures. There are 3 disciplines of Sport Climbing offered in The World Games: Lead, Speed, and Boulder.

Lead involves a climber attaching themselves to a length of climbing rope and ascending a route while periodically attaching protection (quickdraws or traditional protection) to the face of the route and clipping into it. The lead climber must have another person acting as a belayer. Because a lead climber does not have an anchor point above them while climbing, only the limbs and body of the climber are used to effect upward progress.

Speed is a climbing discipline in which speed is the ultimate goal. Competitors climb a slightly overhanging wall, with belaying from the top. It involves climbers competing on the same route.

Boulder is performed on artificial rock walls, known as boulders, without the use of ropes or harnesses. Different holds are bolted onto the wall to create “problems” (the sequence of moves that a climber performs to complete the climb). The walls often feature steep overhanging surfaces which force the climber to employ highly technical movements while supporting much of their weight with their upper body strength. 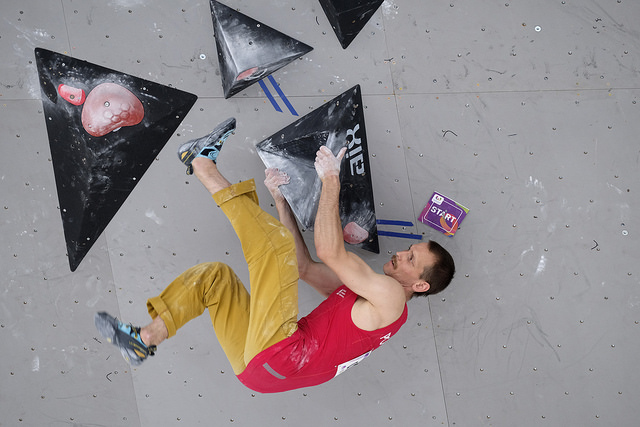 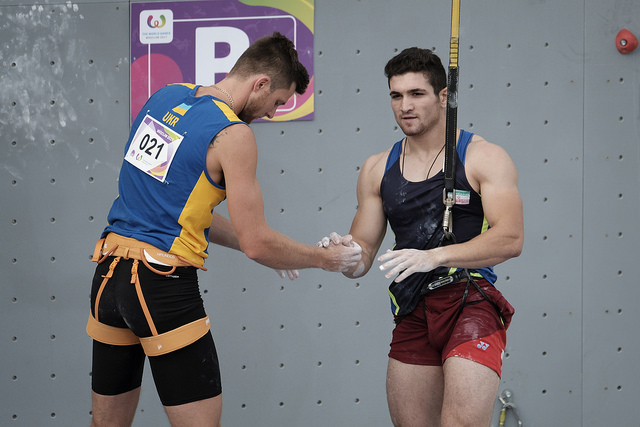 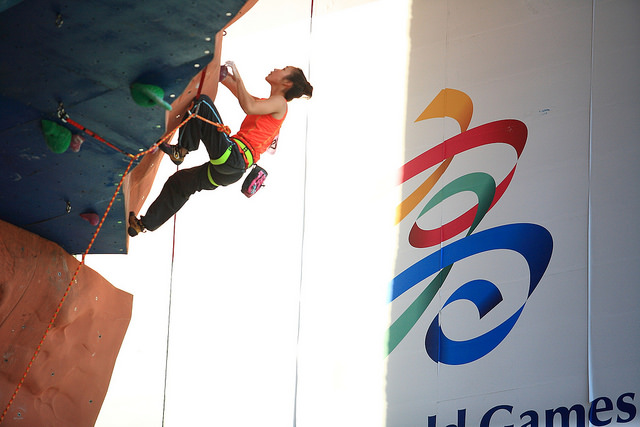 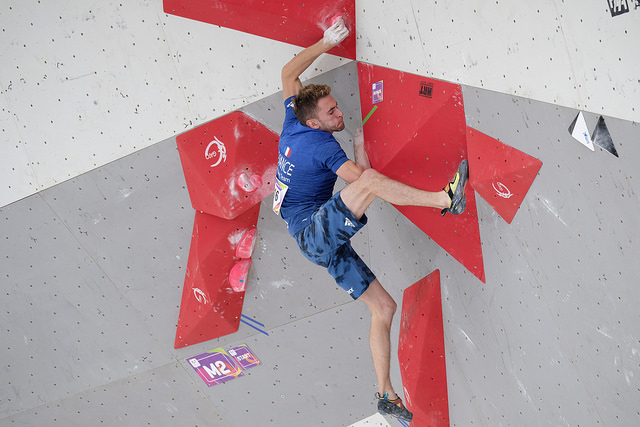 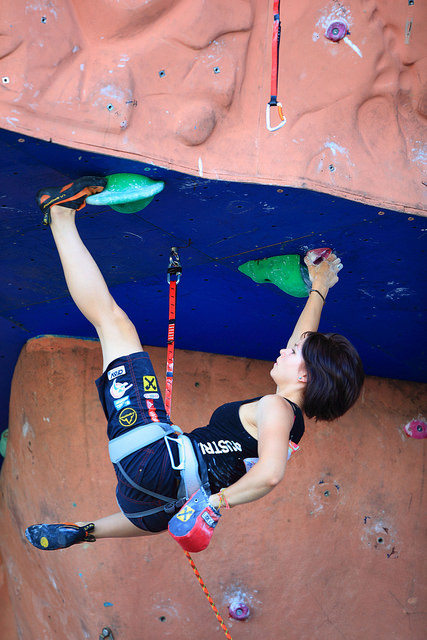 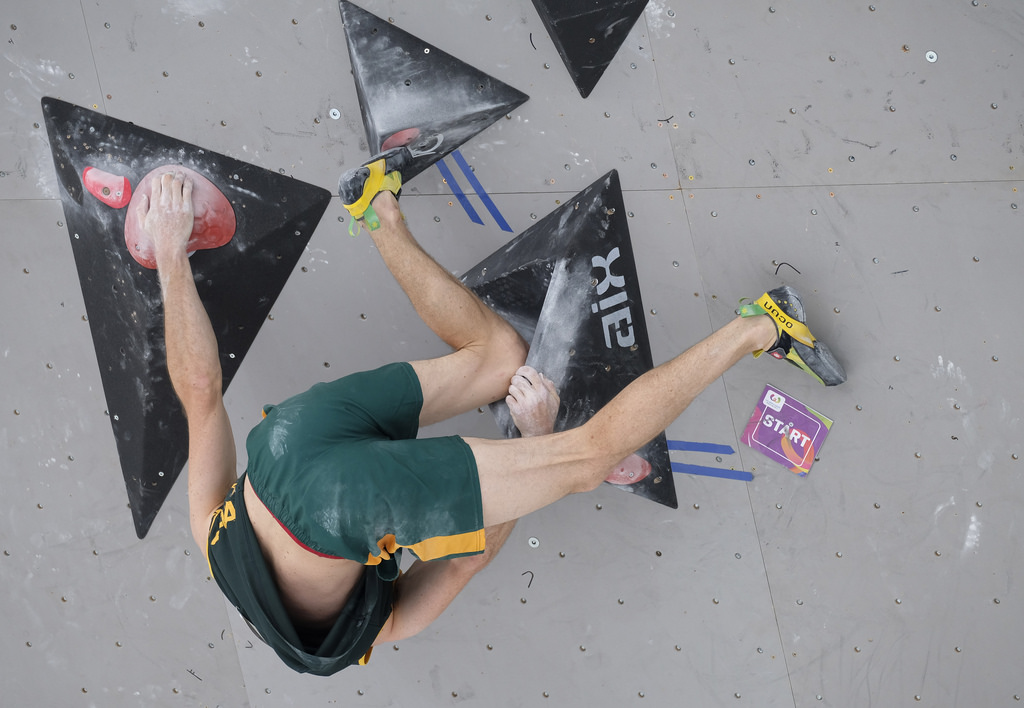