Squash finals are SOLD OUT! Hurry, get your Squash tickets NOW!

Squash is a racquet sport played with a hollow rubber ball. There are many lines on a squash court. The first line is an out line that runs across the top of the back wall and down the side wall. Any ball hitting outside this area is deemed out and a point is awarded to the opponent. A board running along the bottom of the back wall serves as the “net”. If the ball hits into the board, it is deemed a foul. Three feet above the board is the service line. All serves must hit above this line to be considered a legitimate serve. The back of the court is split into two rectangular sections where a player must start before each point. A service box is in each section and a player is required to have at least one foot inside while they serve or are waiting to receive the serve. The serving player starts the first rally by electing to serve from either the left or right service box. The ball must strike the front wall above the service line and below the out line, and land in the opposite back quarter court. After the serve, the players take turns hitting the ball against the front wall. The ball may strike the side or back walls at any time, as long as it hits below the out line. It must not hit the floor after making contact with the racket. A ball landing on either the out line or the line along the top of the board is considered out. After the ball hits the front wall, it is allowed to bounce once on the floor (and any number of times against the side or back walls) before a player must return it. Players may move anywhere around the court. If the server wins the point, the two players switch sides for the following point. A match is the best of five games. 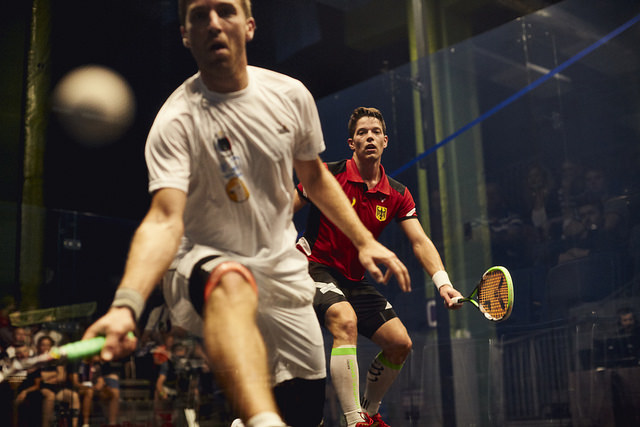 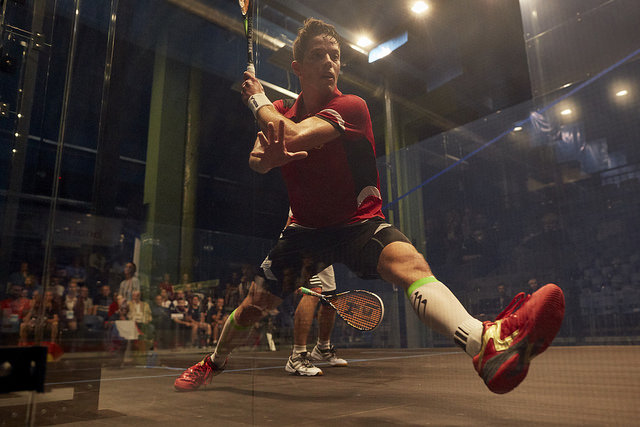 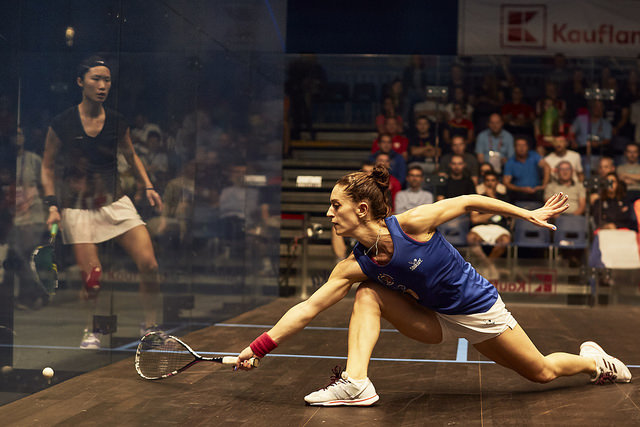 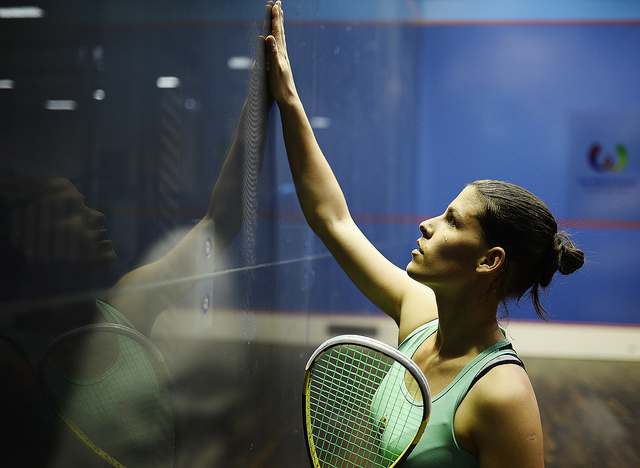 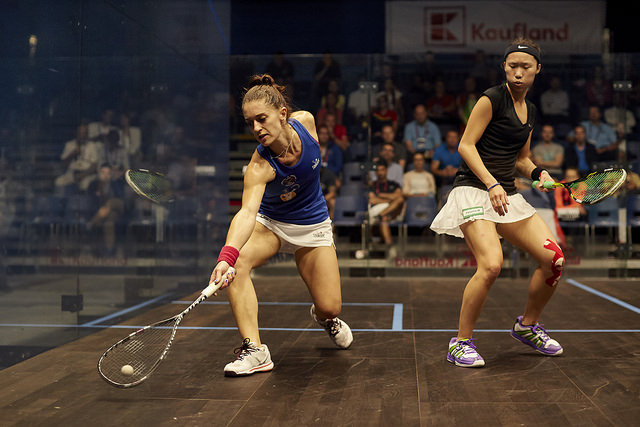