Sumo is a competitive, full-contact wrestling sport where a wrestler (rikishi) attempts to force another wrestler out of a 4.55 meter circular ring (dohyō) or into touching the ground with anything other than the soles of their feet. While competing, athletes wear a loin-cloth (mawashi). Women wear leotards underneath the mawashi. Punching, poking, kicking the chest or abdominal areas, taking hold of the opponent’s hair, throat, clothing other than the mawashi, the maebukuro (front pouch part of mawashi), bending back the opponent’s fingers, biting, or slapping the opponent’s face with an arm outstretched more than shoulder width is not allowed. At the initial charge, both wrestlers must jump up from the crouch simultaneously after touching the surface of the ring with two fists. Bouts are typically very short, usually ranging from a few seconds to less than a minute. Each match is preceded by an elaborate ceremonial ritual. 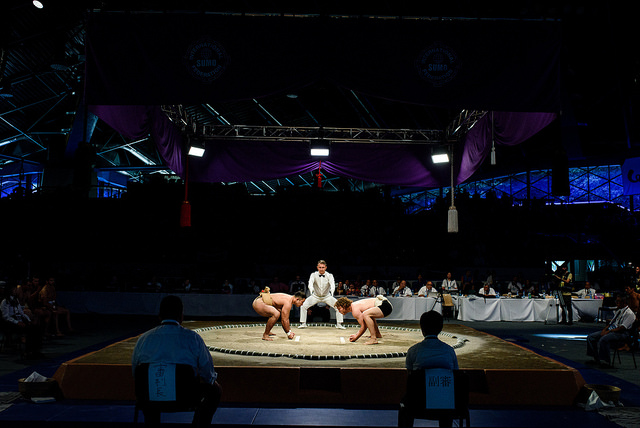 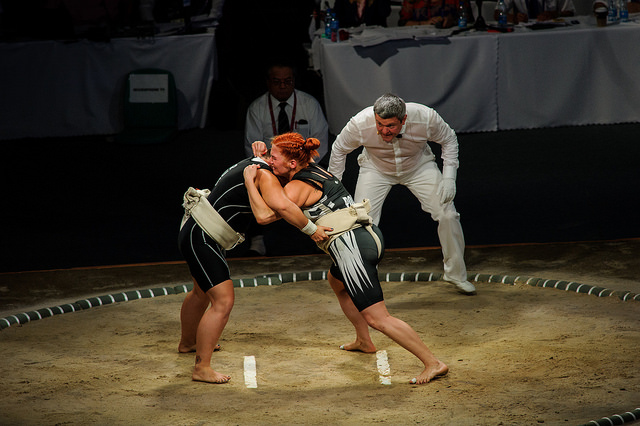 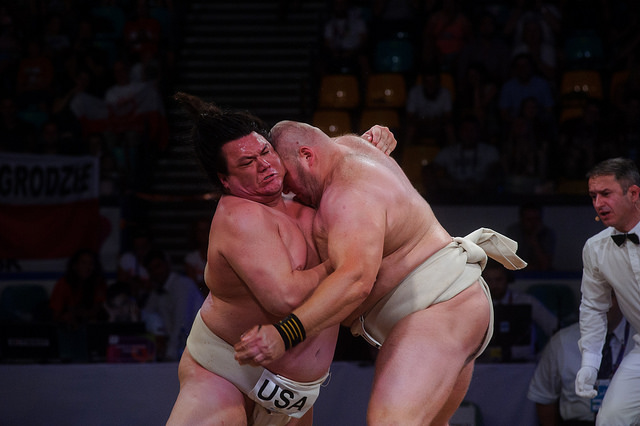 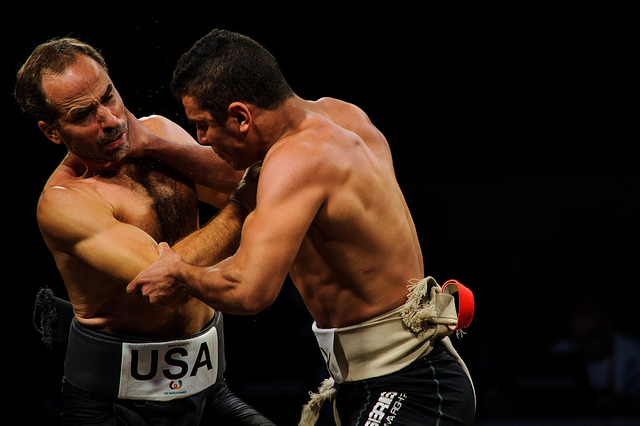 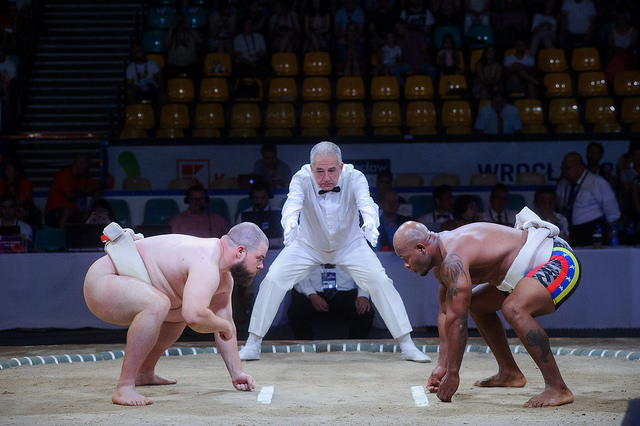