HISTORY OF TUG OF WAR

The World Games 2022 will feature Outdoor Tug of War. Two teams, in a test of strength, pull on opposite ends of a rope. The goal is to bring the rope a certain distance in one direction against the force of the opposing team’s pull. Two teams of eight, whose total mass must not exceed a class maximum weight, align themselves at opposite ends of the rope. The rope is marked with a center-line and two markings, each 13 feet apart from either side of the center-line. The teams start with the rope’s center-line directly above a line marked on the ground, and once the contest has commenced, attempt to pull the other team such that the marking on the rope closest to their opponent crosses the center-line. 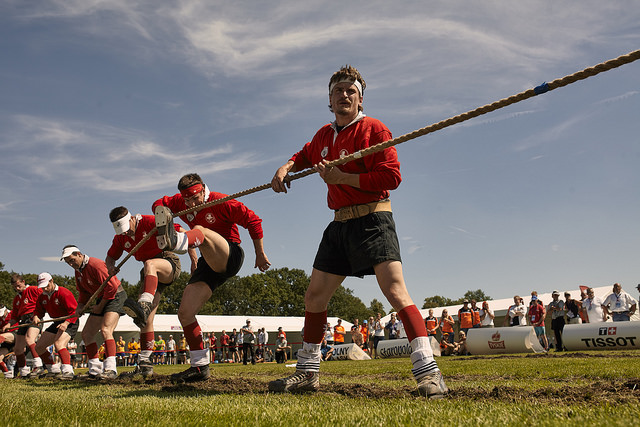 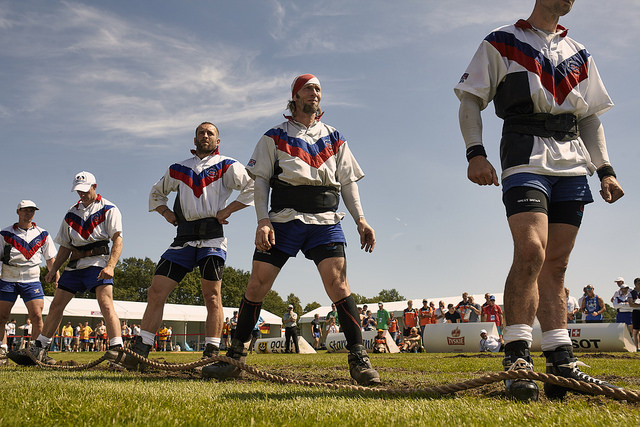 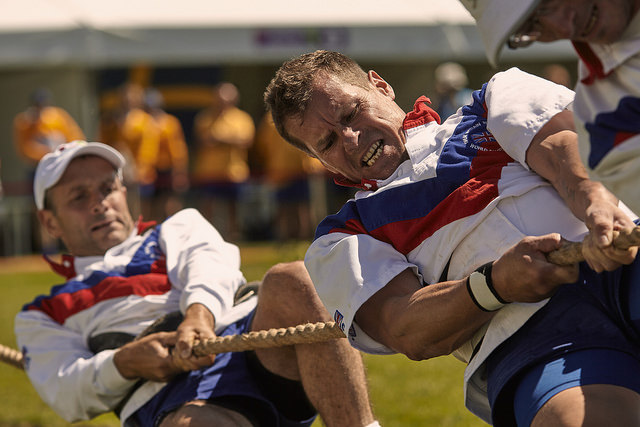 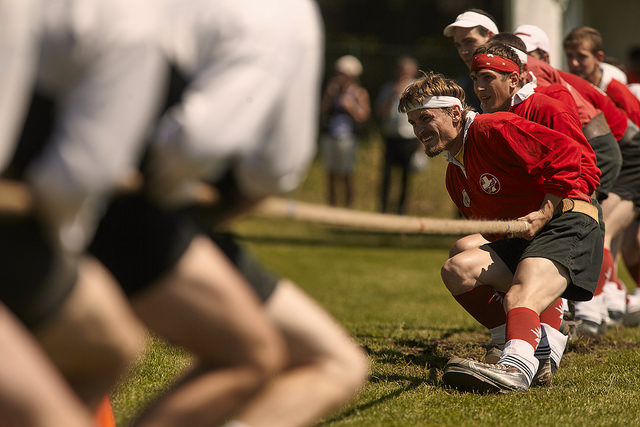 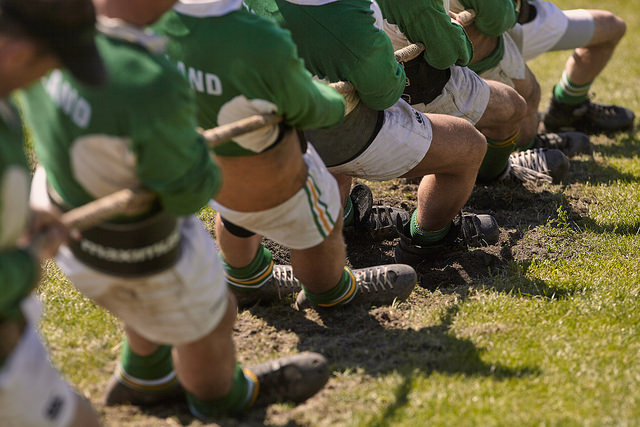