Waterski and wakeboard are towed water sports in which an individual is pulled behind a boat riding skis or a wakeboard.

In Slalom, skiers use only one ski, with their feet facing forward, one in front of the other. Skiers must navigate around a six-buoy course in order to complete the pass. While the boat speed is fixed, the rope length is not — it is shortened after each successful pass. The turn buoys are positioned 11.5 meters away from the center of the slalom course to ensure that as the rope is shortened, skiers are required to use the momentum generated through their turns to swing up on the side of the boat and reach out in order to get their ski around the next buoy. The skier who successfully passes around the most buoys on the shortest rope wins.

In Trick, skiers use small, oval-shaped skis. Skiers are given two 20-second runs, during which they perform a series of pre-selected tricks. One pass is for hand tricks, which includes surface turns, rotations over the wake and flips. The second pass includes toe tricks, which are performed by completing wake turns and rotations with only a foot attaching them to the handle. A trick cannot be repeated and each one has a specific point value. A panel of judges assesses which tricks were completed correctly and assigns a predetermined point value to each successfully completed trick. The skier with the most points wins.

In Jump, skiers use two long skis to ride over a jump ramp in an attempt to travel the longest distance. As a skier approaches the ramp, the skier will zigzag behind the boat in a series of cuts to generate speed and angle, and will hit the base of the jump ramp at a near-right angle to the boat. The winner is the skier who travels the farthest calculated distance and successfully rides away.

Wakeboard has one category in The World Games: Freestyle

In Wakeboard, the board is a small, mostly rectangular, thin board with very little displacement and shoe-like bindings attached. The sport is a mixture of water skiing, snowboarding, and surfing. Using edging techniques, the rider can move outside of the wake or cut rapidly toward it. Jumps are performed by riding up the wake and launching into the air. While in the air, the rider attempts to do tricks. The rider is permitted one fall during his two passes and the judges award points for three distinct elements – execution (technical difficulty), intensity (the scale of the trick) and composition (variety). The rider who gains the highest score wins. 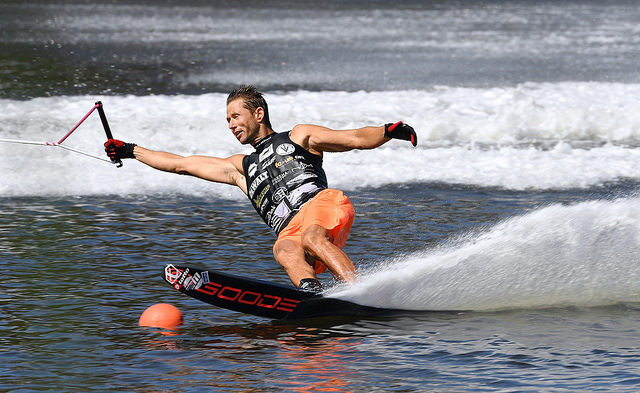 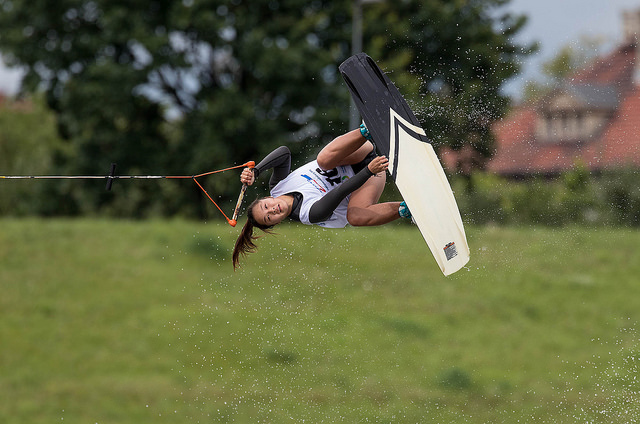 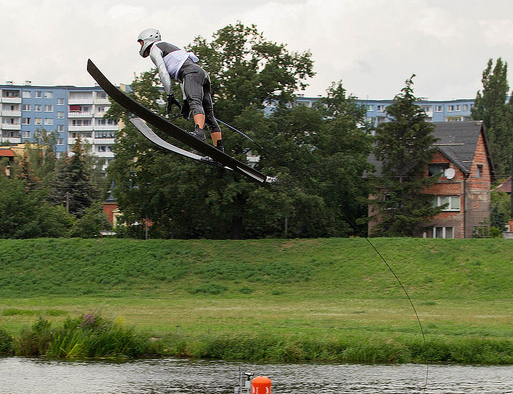 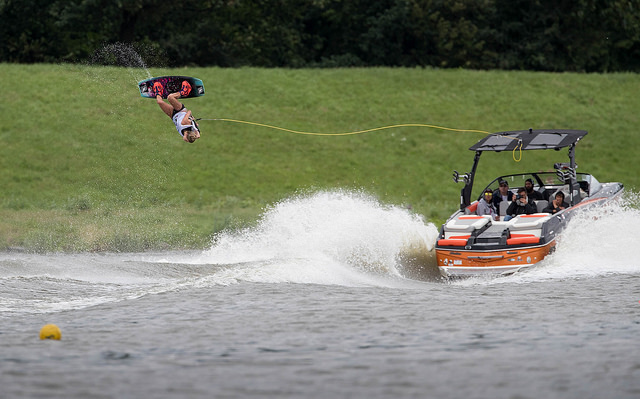 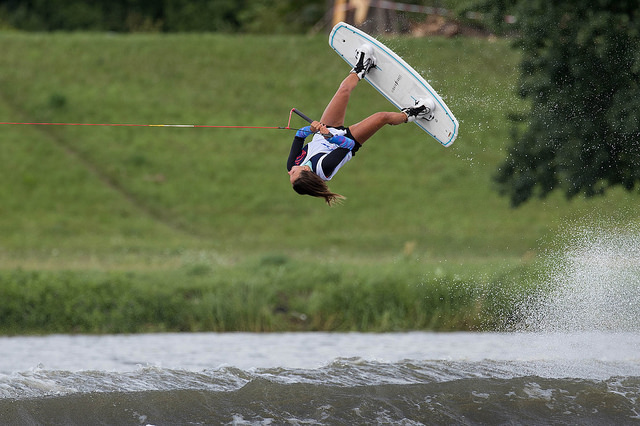 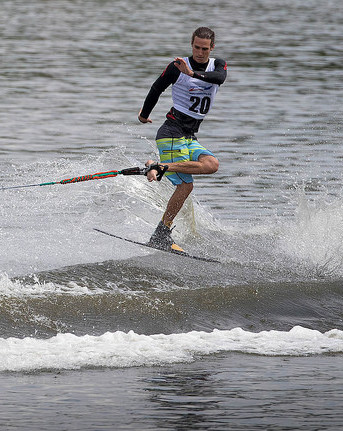