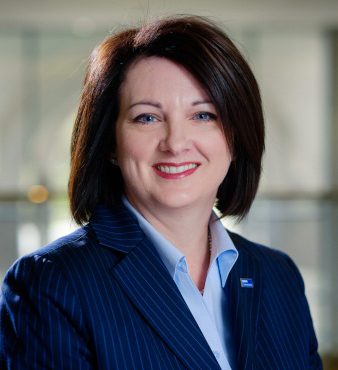 Andrea Smith is Executive Vice President and Birmingham Market CEO for BBVA USA. BBVA USA is a Sunbelt-based financial institution that operates 641 branches, including 330 in Texas, 89 in Alabama, 63 in Arizona, 61 in California, 44 in Florida, 37 in Colorado and 17 in New Mexico. The bank ranks among the top 25 largest U.S. commercial banks based on deposit market share and ranks among the largest banks in Alabama (2nd), Texas (4th) and Arizona (6th).

Prior to her current role, Smith served in a similar role as the San Antonio Market CEO in Texas and returned to the Alabama market in 2016.  With 25 years of experience in the industry, Smith has direct responsibility for Commercial and Wealth Banking divisions in Birmingham and the surrounding area. She is involved in the community and currently serves on the board of the United Way of Central Alabama, the Birmingham Business Alliance and chairs the Birmingham Chapter of BBVA Women in Leadership.