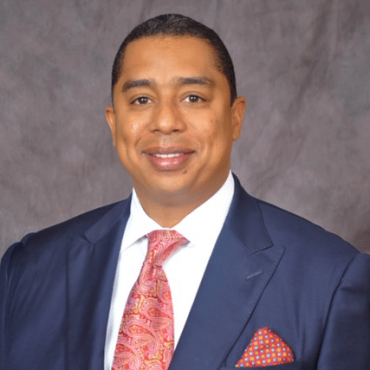 Jay Roberson is Vice President of Sales for The World Games 2022. A native of Birmingham, AL Roberson is viewed as one of the bright and upcoming sports executives. Roberson has over 20 years of experience working in sports. He has been fortunate to build his professional and political careers working for a professional football team as President of the Birmingham Iron, Collegiate Athletics Administration as a Sr. Executive in Division I Athletics, Business Owner of a Sports Marketing/Management Company and serving on Birmingham City Council (2009-2018) as President Pro-Tempore.

Roberson joins The World Games 2022 team as a 17-year owner of Top Ten Management, LLC. which is responsible for managing sporting events, marketing, working on public policy for sports, business development and strategic partnerships with various organizations throughout the United States and internationally. He was also previously a senior-level executive in collegiate athletics, Roberson served the Southwestern Athletic Conference’s Associate Commissioner (2002-2005) and Associate Director of Athletics at Samford University (2005-2013). Most prominently, Roberson spent nearly 10 years in public office as Secretary of the Birmingham Jefferson Civic Complex Board (BJCC). He was a key player with many others in the negotiations for the development of Protective Stadium in Birmingham, AL and contributed to over $1 Billion of development that he has led or been a part of in Birmingham.

Roberson is very civic-minded and has served on several prestigious boards including: The Greater Birmingham Convention and Visitors Board (2012-2018); the Birmingham-Jefferson Convention Complex Board (2012-2018) and the A.G. Gaston Boys and Club Board of Directors (2011-current). Roberson received an athletics scholarship in football to Middle Tennessee State University in 1991. He transferred to Alabama A&M University where he earned his B.A. in Telecommunications in 1996. Roberson was an all-conference quarterback for the Bulldogs from 1992-1994. Roberson lives with his wife, Niva and have three children: Lia, Tre’, and Ava.